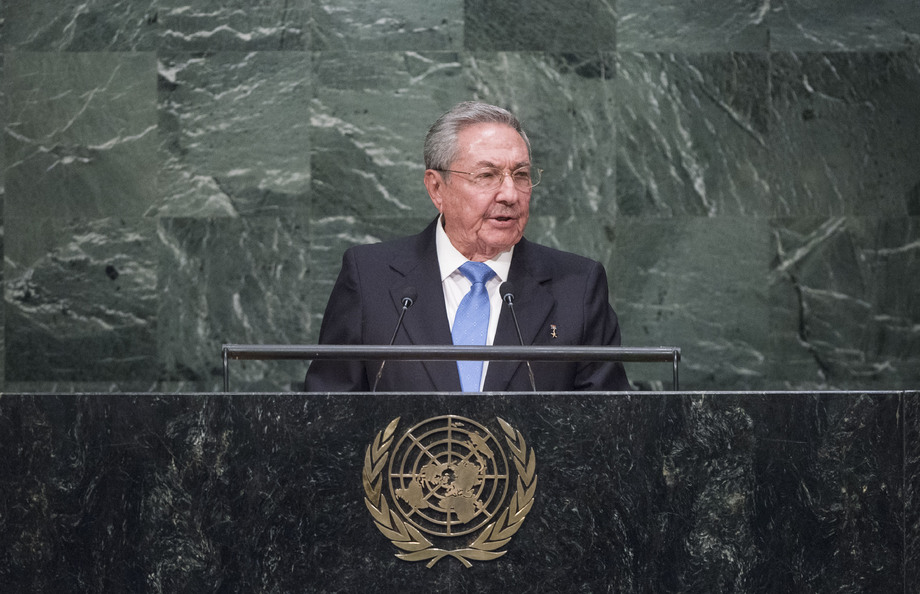 RAÚL CASTRO RUZ, President of the Councils of State and Ministers of Cuba, said that despite the Charter’s call for fundamental human rights, fulfilment of those rights remained a utopia to millions of people.  Humanity was denied the right to live and the right to development.  It was in poverty and inequality where the cause of conflicts should be sought out.  Conflicts had been generated, first by colonialism and the plundering of the original peoples, and later by imperialism and the distribution of spheres of influence.  The pledge made in 1945 to promote social progress and better standards of life for the peoples, along with their economic and social development, remained an illusion when 795 million people went hungry, 781 million adults were illiterate, and 17,000 children perished every day from curable diseases, while annual military expenses worldwide amounted to more than $1.7 trillion.

He requested that the small island developing States facing the devastating effects of climate change, and African countries suffering from the relentless advance of desertification, be treated in a special and differentiated way.  The establishment of the Community of Latin American and Caribbean States (CELAC), and the signing of the proclamation of the region as a peace zone, showed that differences could be overcome for achieving common goals while respecting diversity.  He pledged solidarity with Venezuela and Ecuador, whose leaders became the targets of the “destabilization script” enforced against progressive Governments of the region.

Among other things, he supported the demands of Caribbean nations for fair reparation for slavery and the slave trade, as well as for Puerto Rico’s independence from more than a century of colonial domination.  He also supported Argentina’s claim of sovereignty over the Malvinas Islands[1], South Georgia Islands and South Sandwich Islands, while rejecting the intention of the North Atlantic Treaty Organization (NATO) to expand its presence to the Russian borders and the unilateral and unfair sanctions imposed on that nation.  He went on to welcome the nuclear agreement with Iran, expressed confidence that the Syrian people could resolve their disputes by themselves without external interference, and supported the Palestinians’ inalienable right to statehood within the pre-1967 borders with its capital in East Jerusalem.

The migration crisis in Europe was a direct result of the destabilization actions promoted and executed by NATO in the Middle East and North Africa, and of poverty and underdevelopment prevailing in Africa, he argued.  The European Union should take up full and immediate responsibility for the human crisis it helped generate.  After 56 years, Cuba-United States diplomatic relations had been reestablished.  Normalization of relations could be achieved only with, among other things, the end of the economic, commercial and financial blockade against Cuba and the return of territory illegally occupied by Guantanamo Naval Base.  While that measure remained in force, the draft resolution titled “Necessity of Ending the Economic, Commercial and Financial Embargo imposed by the United States of America against Cuba” should continue to be introduced.

[1] A dispute exists between the Governments of Argentina and the United Kingdom of Great Britain and Northern Ireland concerning sovereignty over the Falkland Islands (Malvinas).”