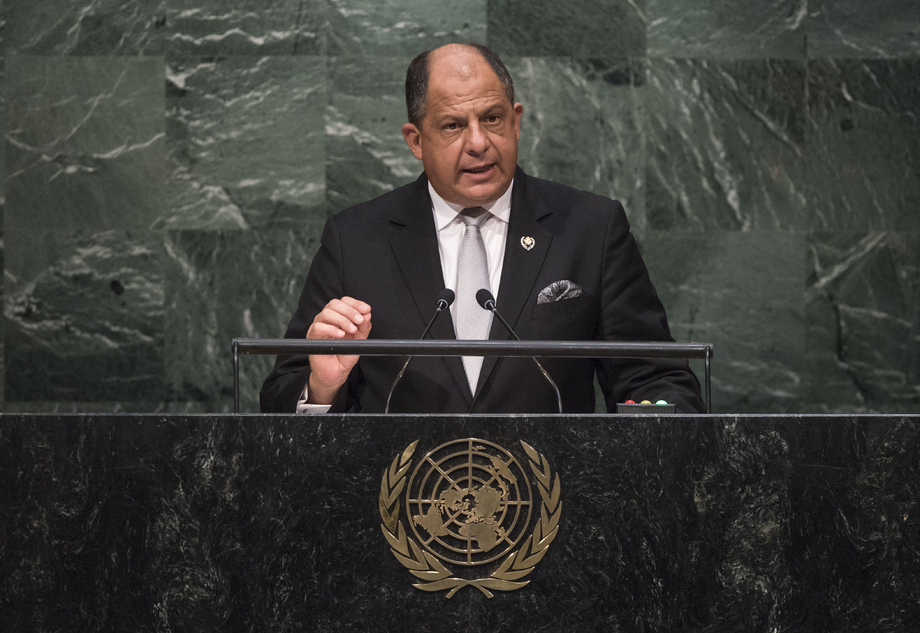 LUIS GUILLERMO SOLÍS RIVERA, President of Costa Rica, said the General Assembly should translate words into deeds to show that the community of nations was “much more than the sum of our individual interests” and to consolidate its leadership as the centre of global governance.  As such, the Secretary-General should be elected in a more democratic manner.  Along with Estonia, Costa Rica was leading efforts to establish a process that would be transparent, democratic, equitable, inclusive and consistent with the United Nations Charter.  The time had come for a woman to become Secretary-General.

The Security Council must assume its responsibility to maintain peace, he said, noting that its actions often came too late.  He confirmed support for the Secretary-General’s Rights Up Front initiative as well as France’s proposal to restrict the veto in the case of mass atrocities.  While all agreed on the importance of strengthening the rule of law, he said permanent Council members had committed violations and were the largest conventional arms producers and exporters that had continued transferring weapons to conflict areas despite Arms Trade Treaty prohibitions.  States that had signed that Treaty should ratify it and signatories must implement it effectively.  He also called for States, beyond the 115 who had already done so, to endorse the Humanitarian Pledge calling for nuclear weapons to be on equal footing with other weapons of mass destruction subject to prohibition.

The General Assembly and the Organization as a whole must be strengthened.  Gender equality and women’s empowerment must be consistent with commitments in the Declaration, with national policies that brought closer the goals of the 2030 Agenda for Sustainable Development.  The challenge was to act as a single, effective and coherent organization to protect and promote the rights of people, including the right to development, as demonstrated in the negotiating process leading to the new Agenda’s adoption and that would again be shown in agreement at the twenty-first session of the Conference of the Parties to the United Nations Framework Convention on Climate Change.  He called on all States to adhere to the Geneva Pledge for Human Rights in Climate Action.  With regard to security, he said transnational threats must be addressed collectively and condemned terrorism in all its forms, adding that he was distressed at the growing use of armed drones outside conflict zones and the reinterpretation by some Governments of human rights and humanitarian principles.