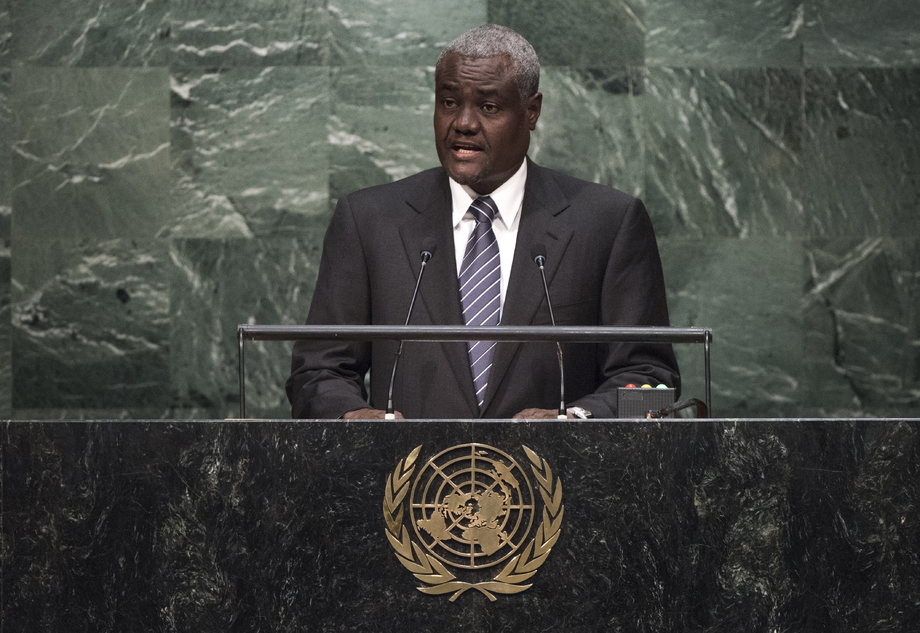 MOUSSA FAKI MAHAMAT, Minister for Foreign Affairs and Economic Integration of Chad, said 15 years ago the Millennium Declaration was adopted unanimously as the most appropriate response to poverty.  The seventieth session of the General Assembly had to keep working to push back against poverty and to look for new ways and means to promote development.  The challenges required fitting responses.  For many countries in Africa, their success depended on the new development programme and would depend on the solidarity of all countries.  The African countries’ expectations on development remained strong.

Peace and security also should be at the centre of this seventieth General Debate, he said.  Africa was at the centre of the world’s many conflicts.  There were very bloody clashes in the Central Africa Republic.  The international community must not throw in the towel.  African nations needed budgetary support to hold elections.  He was confident the Lake Chad Basin countries and international community would be able to eradicate the terrorist sect of Boko Haram and their terrible attacks throughout the region.  In addition to fighting on a military level, it was necessary to fight the deep-seated causes of poverty.  There were conflicts in Mali, Chad and South Sudan.  In Libya, there were a number of elements linked to ISIL.  He called for an end to the violence.

The Israeli-Palestinian conflict was still unresolved and had caused suffering for the Palestinian people.  He called for the creation of a viable Palestinian State co-existing peacefully with Israel.  Chad hoped the hoisting of the Palestinian at United Nations Headquarters this week was an important step in moving toward a solution of this conflict.  International peace and security was being seriously threatened by the crises in Iraq and Syria.  The explosion of terrorism spared no continent or community.

As a result of those conflicts, many countries in Africa had to devote more money to security than to development, he said.  The global community had to pool its resources and declare 2016 to be the year to fight terrorism.  It needed to think about the deep-seated roots of terrorism and how to fight these causes.  Migration had ballooned because of those conflicts and the consequences were very serious.  It was necessary to eradicate poverty in those countries of conflict.  Solutions had to be found for the migrants.  Chad thanked the international community for its help.  Climate change was another challenge facing many countries in the Sahel, including Chad.  In addition, Chad welcomed the normalization of relations between the United States and Cuba.