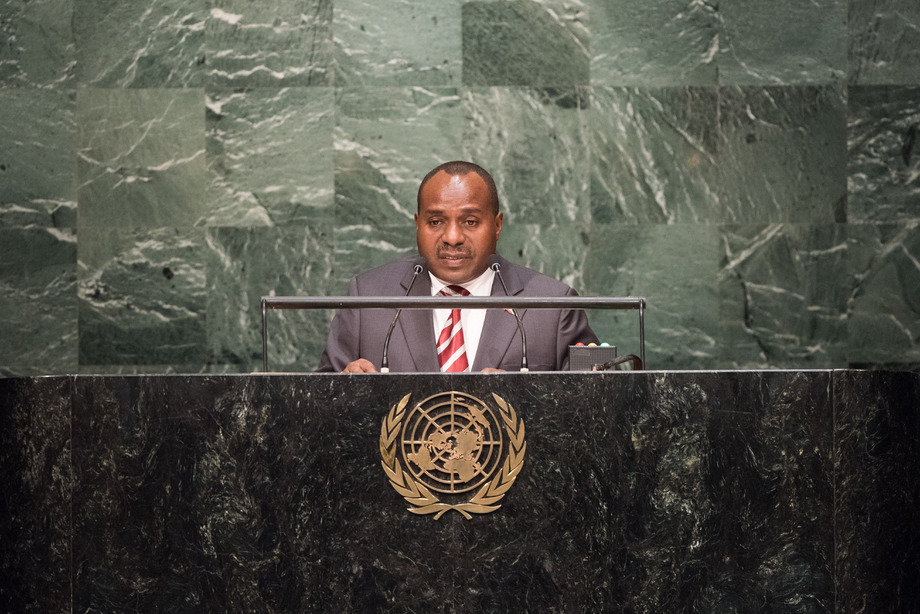 JOSEPH BUTORE, Vice-President of Burundi, expressed his commitment to the United Nations work in strengthening international peace and security.  Despite the recent upheaval over planned elections in June, Burundi had restored order and set the stage for upcoming reforms in the country.  The failed coup had sent thousands of people fleeing the country after its leaders had committed crimes against humanity, including the recruitment of child soldiers, but the United Nations, as well as the East African Community, had confirmed the legitimacy of the President and discounted the coup’s “hidden agenda to destabilize the country”.  In the sovereignty of any independent State, he said, “people of the world must have their choices respected” and Burundi was no different.

After the new Government was named in August 2015, in all respect of the Arusha Accords, Burundi commenced an intergovernmental dialogue — open to all opinions — on social issues, peacebuilding, the Constitution and the ceasefire.  The Government also put in place a Truth and Reconciliation Commission to account for conflicts since the country’s founding.  It also adopted an African Union decree towards disarmament, and pledged to turn over weapons used by rebel groups.  Moreover, those arrested during the coup would benefit from a fair defence, and child soldiers have received clemency for their roles.  Regarding the refugees, he said the country could benefit from the international community to ensure their return and resettlement.

Continuing to Burundi’s development, he said women had been included in the political realm more than ever before, participating in not only parliamentary bodies, but also as the heads of several agencies.  Primary schooling was currently free for all and encompassed the equal enrolment of both girls and boys.  Additionally, free health care for children under the age of five had significantly reduced child mortality.  But as Burundi entered the era of the Sustainable Development Goals with confidence, the country also looked to work towards the security goals of the Great Lakes countries, and would deploy its troops “at any cost” to reaffirm its solidarity with their aspirations for a peaceful region.