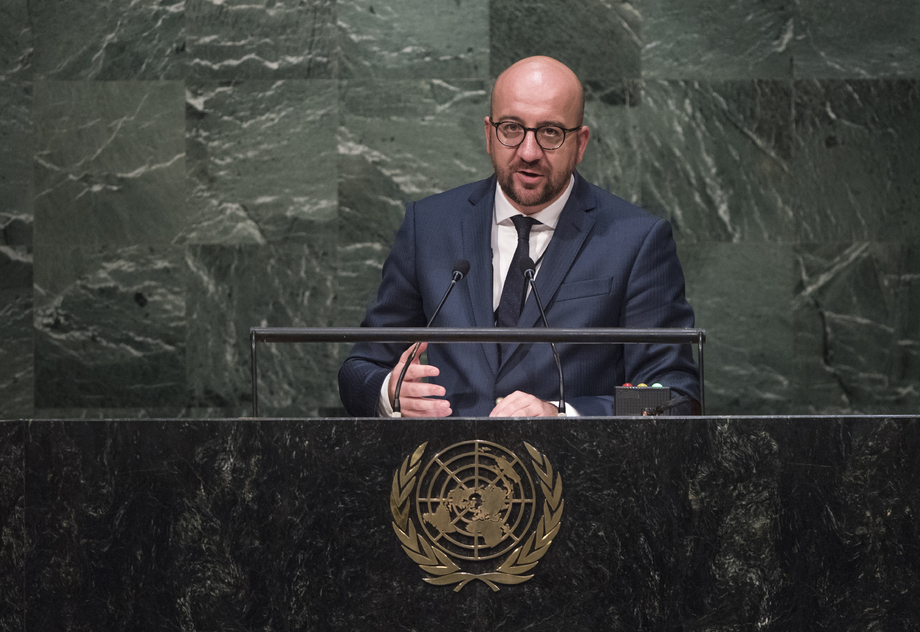 CHARLES MICHEL, Prime Minister of Belgium, said that since 1945 the world had changed.  There had been progress, but the challenges of the current generation were numerous, and interrelated.  The new Agenda must give new impetus to the work of the United Nations.  Noting that the destiny of Europe and Africa was interlinked, he said it was important to learn from past errors.  Although he had been born after the colonial period, he still felt a sense of responsibility.  He sought a free, equal partnership, in mutual respect with African States.  With 1 billion talented and energetic inhabitants, Africa would have an increasingly important role in the world.

The first condition for development was respecting the rule of law and partnerships, he said.  There was no democracy without legitimacy and there was no legitimacy without constitutional respect.  Singling out several African countries that were following that path, he condemned the recent coup in Burkina Faso and called for political dialogue in Burundi between the opposition and the Government and adherence to law in the Democratic Republic of Congo.  Asserting commitment to both security and development in the Sahel, he also noted Belgium’s support for other peacekeeping operations in Africa, among them the United Nations Multidimensional Integrated Stabilization Mission in Mali (MINUSMA).  In addition, he said that development must create jobs and lead to greater income for States, which must fight corruption to allow for good investments.

While all were increasingly faced with the rise of terrorism, he said, it was important to fight the “fanatics” while respecting the rule of law.  Da’esh must be eliminated, but elections should be established that would lead to a legitimate government at the same time.  He supported the relaunch of dialogue among the parties in Syria.  He noted that 60 million people had been displaced in the world and said that countries such as Lebanon, Jordan and Turkey, hosting refugees from Syria, required assistance.  He was pleased at measures taken by Europe in that regard.  Noting the slowdown of the peace process in the Middle East, he asserted that raising the Palestinian flag at the United Nations was a good symbol, but insufficient.  While Israel’s security must be assured, its settlement activity would not help.  The territorial integrity of all countries must be protected.  In that context he called for implementation of the Minsk Agreement by all parties.  Peace and security were constant goals.  There would always be disputes, but their resolution must always lie in dialogue.