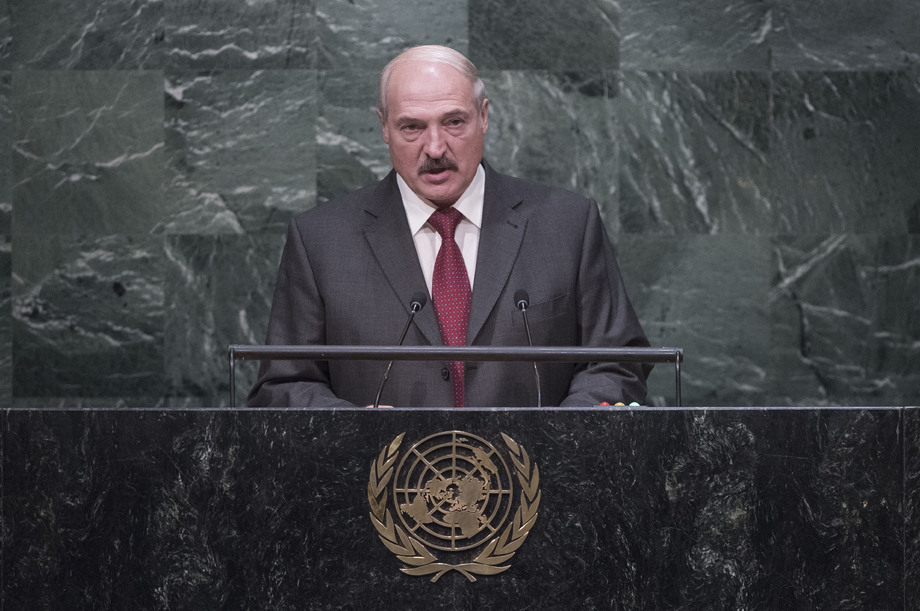 ALYAKSANDR LUKASHENKA, President of Belarus, regretted that the world had not become more stable, predictable and comfortable for the majority of people, despite “tremendous” efforts by the United Nations.  While there had been “shifts” in reducing global poverty, increasing maternal and child health and ensuring educational access, a qualitative breakthrough for civilization had not been achieved.  As the world confronted new geopolitical phenomena and military conflict, the tension in international relations was almost unprecedented.  The global security system was experiencing crisis amid a loss of trust among international players and an unwillingness to compromise.

Indeed, he said, foreign intervention, the export of “colour” revolutions and controlled regime change had plunged stable countries into chaos.  States that claimed global leadership had not escaped the temptation to use force and economic blackmail to promote their interests, and the world had come close to the de facto renunciation of international law.  Discussion was needed in the United Nations about the principles of coexistence.  On the economic front, currency wars, sanctions, redivision of commodity markets and unfair competition had aggravated the global crisis.  As a basis for economic cooperation, Belarus proposed the creation of a global integration structure that connected the world’s regions in ways that enabled peaceful coexistence.

He said the value of integration laid in its democratic nature, equalizing opportunities for small- and medium-sized countries to develop their potential.  The prerequisite was mutual benefit.  Another global threat concerned social, humanitarian and environmental issues.  Calls for maximum freedom had tested the foundations of society, including the family, while irresponsible social ideas could lead to new divisions among cultures.  At the root of such crises was an artificial “cult of individual rights and freedoms” to the detriment of collective social interests.

Under the guise of human rights protection, he said, Governments had been overthrown and resource wars justified.  Such approaches had given a green light to social degradation.  The answers to such issues laid in the ideas advanced by the founding fathers of the United Nations:  first among them, an unconditional condemnation of violence.  Belarus supported all efforts to strengthen international law and had built a sovereign, independent State with a socially oriented economy.  It would do its utmost to ensure that future generations preserved socially nurtured moral values, and it advocated peaceful settlement of the crisis in Ukraine.  Amid the spectre of “a new big war”, it was important to draw lessons from history.