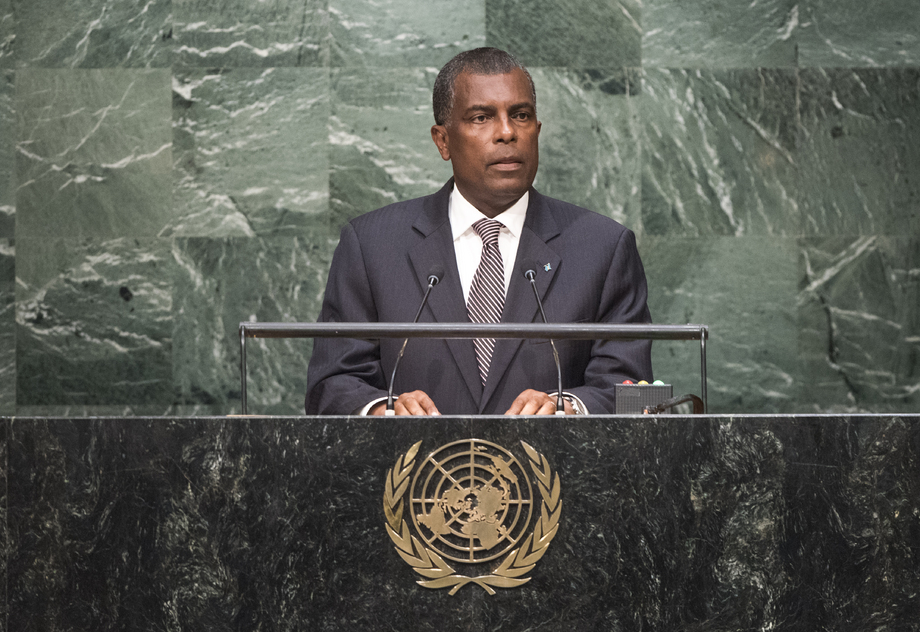 FREDERICK A. MITCHELL, Minister for Foreign Affairs and Immigration of the Bahamas, said his country had strongly supported the Arms Trade Treaty because of the escalating crime and violence from drug trafficking, human trafficking, smuggling and juvenile gangs.  The carnage of young people because of the easy availability of guns to young males was unacceptable.  The Bahamas was pleased to have actively participated in the recent First Conference of States Parties to the Arms Trade Treaty held in Mexico.  While disappointed that the Treaty’s Secretariat would not be located in Trinidad and Tobago, the Bahamas was committed to the Treaty’s full and effective implementation.

Regarding 2030 Agenda, he said the Bahamas was crafting a 25-year, citizen‑driven national development plan.  It would provide an overview of the economy, set policy direction for economic growth and identify strategies, programmes and projects to improve the economy’s overall health and sustainability.  His country was seeking a seat on the Human Rights Council, and was the first Member State of the Caribbean Community (CARICOM) and the first English-speaking country in the Latin American and Caribbean region to do so.  The Bahamas was pleased at the rapprochement between the United States and Cuba.  It was a courageous decision by United States President Barak Obama which would enhance regional peace.  The Bahamas would support an end to the economic embargo when the vote came before the Organization.

He said the Bahamas welcomed the launch of the SIDS (small island developing States) DOCK initiative.  That initiative was meant to help small island developing States in the Pacific and Caribbean regions address the impact of climate change.  It would also give them a collective, institutional mechanism to help transform their national energy sectors into a catalyst for sustainable economic development and generate the financial resources needed to adapt to climate change.  His country reaffirmed its commitment to a binding agreement at the Paris Climate Change Conference.  Right now, the Bahamas was under the threat of flooding and hurricane.  On migration, he said illegal movement through the Bahamas was an awful reality.  His country was determined to ensure migration was lawful, safe and orderly.  Increased dialogue and participation in the process by all countries of origin, transit and destination was needed, he added.