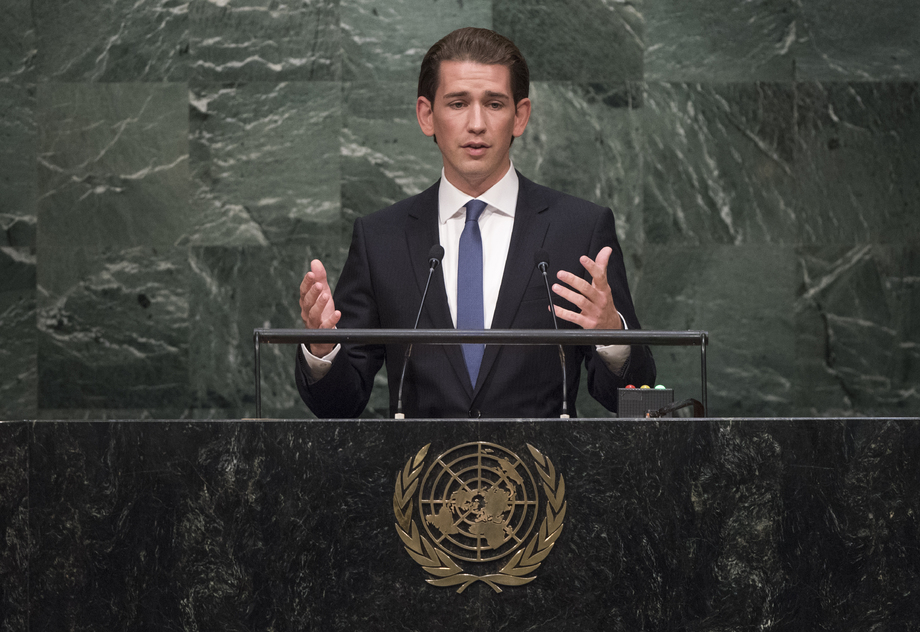 SEBASTIAN KURZ, Federal Minister for Europe, Integration and Foreign Affairs of Austria, said that the world was facing a record high of violent conflicts as well as the highest number of refugees since the Second World War, with four million Syrians fleeing the civil war in their country.  Those global refugee flows posed serious problems for all countries involved and just as no one country could solve the crisis, no one measure could be the solution.  Calling for a comprehensive approach, he said that efforts should focus on confronting the root causes, namely terrorism and civil war, in the countries of origin.  While the current political leadership of Syria could not be part of a long-term solution, to make peace, “we don’t talk only to friends”, he said.

At the global level, he went on, more unity was required and the international community could make a difference only if the United States and the Russian Federation “pull in one direction”.  Establishment of buffer zones would increase security and humanitarian access and Austria stood ready to contribute to any peace operation.  Calling for a change of system in which only the fittest and richest could reach Europe, he said that refugees should be able to apply for asylum in their countries of origin or neighbouring countries.  The United Nations could help establish that process.  The Russian-Ukrainian conflict also remained a challenge to the peace of Europe and his country supported a peaceful settlement based on dialogue, which provided for a free and stable Ukraine that enjoyed strong ties with Europe and the Russian Federation.  In addition, he voiced his support for restraint on use of the Security Council veto in cases of mass atrocities.