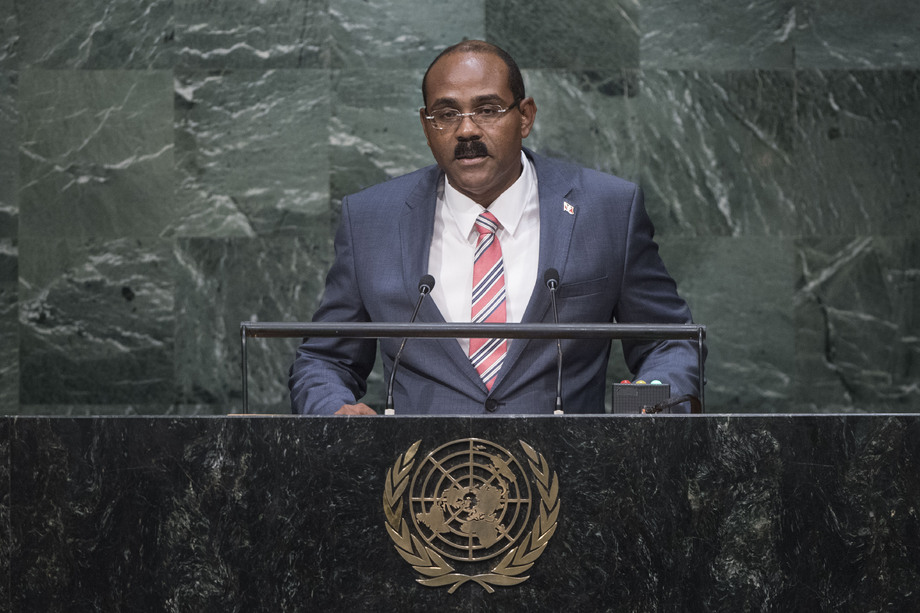 GASTON ALPHONSO BROWNE, Prime Minister of Antigua and Barbuda, said his country was beset with all the problems and challenges that confronted all small States, including high transactional costs, threats to survival from climate change, a limited economic base and a small resource pool to fund and manage its development.  Those realities made it difficult, if not impossible, for his small country to finance its development without external assistance and access to foreign capital.  “But the people of my country do not wish to be beggars to the world community,” he said.  “We are resolved, not to beg for it, but to work for it.”  Yet after a long-standing international trade dispute, he concluded that the “powerful continued to ignore and trample the rights of the weak and might was right”.

On tax issues, he said his small country was treated the same as the United States, Canada or Japan.  Even worse were the arbitrary and unjust rules imposed on small countries that choked their efforts to diversify and develop economically.  He condemned the recent “wrongful list” of the European Commission that falsely named several countries in the Caribbean and the Pacific, including his, as “tax havens” and deplored the “tax haven” list, produced by individual States and a district in the United States, which had wrongfully labelled many Caribbean and Pacific countries.  His country and other Caribbean nations had tax information exchange agreements with the United States Government and had been fully cooperative with requests for all tax information.  Regarding the European Union’s “tax haven” list, Antigua and Barbuda had tax agreements with 18 of the Union’s 28 nations.  Yet because 10 of them, with which it did little or no business, had arbitrarily and, with no consultation, said it was a “tax haven”, it had been placed on a European Union rogue list that was published globally.  Yet his country had been found compliant by the Financial Action Task Force and the Organisation for Economic Co-operation and Development’s (OECD) global tax forum.

That wrongful tarnishing meant financial institutions in Europe and the United States might discontinue correspondent banking relations with the country’s banks, he said.  That would prevent payments for goods or services purchased from the United States and Europe, including food, tuition payments, medication and medical bills.  “The consequences would be disastrous, since we would be excluded from the international payment system and would be unable to settle our trade and investment transactions,” he said.  “Our banking system would collapse, our economy would be irreparably damaged and our people would be plunged into abject poverty,” said the Prime Minister, adding this would run contrary to the post‑2015 development aims.

In other matters, he saluted China for its efforts to establish a fund for South-South cooperation and its initial pledge of $2 billion to help developing countries carry out the post-2015 development programme.  He called upon the United States Congress to lift the embargo against Cuba and return Guantanamo Bay to Cuba.  He discussed the vulnerabilities of the island States in the Caribbean, the Pacific and the Indian Ocean to the threats of the changing climate.