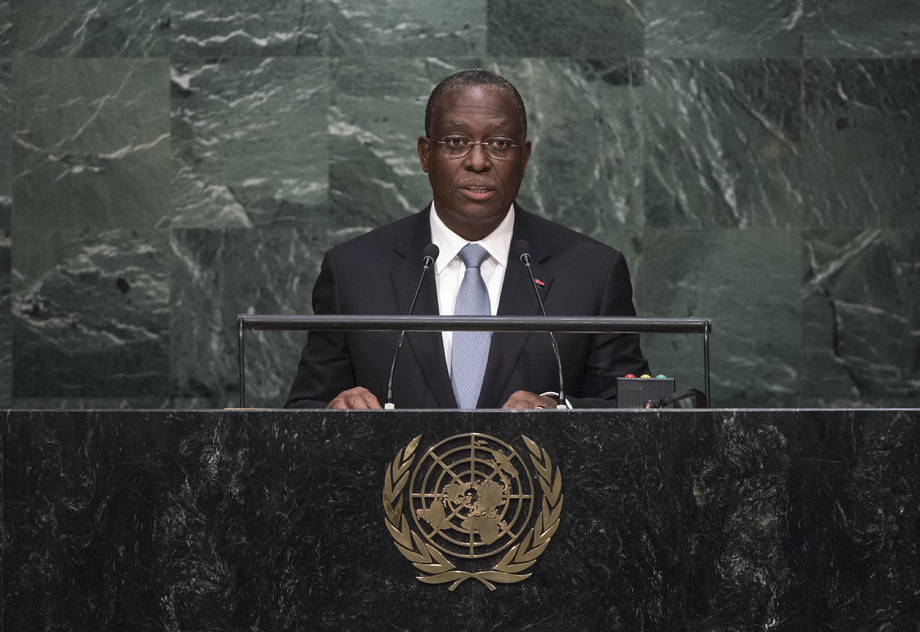 MANUEL DOMINGOS VICENTE, Vice-President of Angola, underscored the 2030 Agenda for Sustainable Development and reiterated his country’s commitment to strengthening the United Nations’ development agenda.  He added that the Organization’s seventieth anniversary should provide an incentive to accelerate reforms aimed at revitalising the United Nations system, and called for greater representation of the African continent among the Permanent Members of the Security Council.

He called for a global coalition to combat the scourge of international terrorism.  The creation of the task force of the Lake Chad Basin countries and Benin could serve as an example of the sort of collective response deserving the support of the international community in order to purge the African continent of terrorism.  He also said that Angola supported the efforts of the Central African Republic’s transitional Government to restore public order and State institutions.  However, of concern was the “business as usual” mind-set prevailing in the resolution of the Israeli-Palestinian conflict, and he called for the resumption of negotiations leading to a two-State solution.

He welcomed the recently concluded agreement between the P5+1, and the European Union regarding Iran’s nuclear programme.  Citing his country’s responsibilities in an increasingly fluid and complex international context, he said that his Government would host, in conjunction with the United States and Italy, an International Conference on Maritime and Energy Security in October of this year.