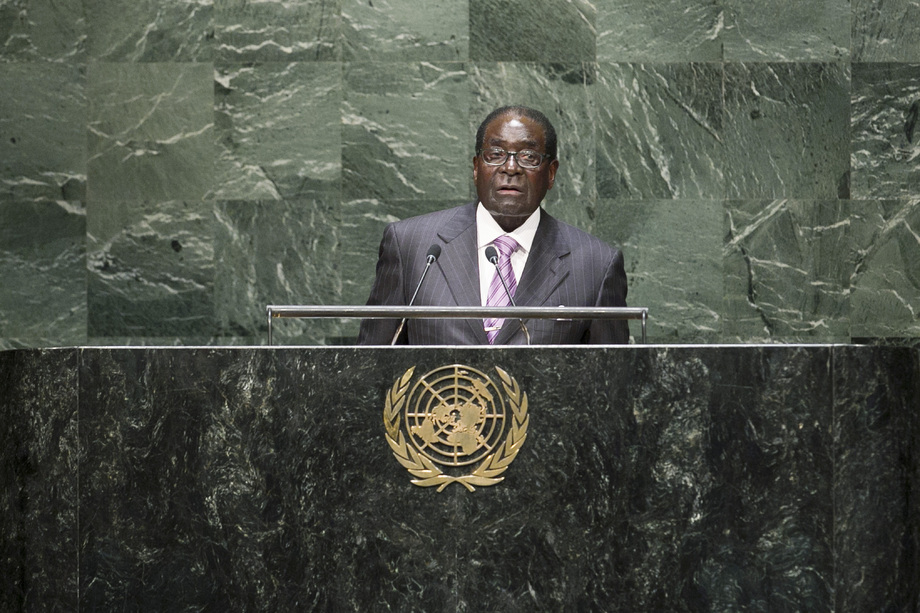 ROBERT G. MUGABE, President of Zimbabwe, said that despite significant achievements made thus far with the Millennium Development Goals, progress among regions and within countries had been uneven. He praised the proposed sustainable development goals for taking on the “unfinished business” of the Millennium Development Goals. Part of that unfinished business was poverty eradication. That issue should be a top priority of any future development agenda, which must be informed by national priorities. To that end, his Government had adopted the Zimbabwe Agenda for Sustainable Socio-Economic Transformation to help expand the country’s industrial base, which had been a key component of sustained economic and human development.

Because Zimbabwe had been preoccupied with the economic empowerment of its people, it had become a victim of the “evil machinations of Western countries”, he said. Those States continued to apply sanctions as a foreign policy tool to achieve short-term political objectives, notably a regime change. Zimbabweans should not continue to suffer due to “unjustified and illegal sanctions”, which violated the fundamental principles of the United Nations Charter and should thus be condemned by the international community. He called for their immediate and unconditional removal.

He said that the African Union was working tirelessly to push for peace in conflict-ridden States in Africa, including the Democratic Republic of the Congo, South Sudan, Central Africa Republic and Somalia. Still, the international community must remain engaged in the maintenance of peace and stability in Africa by enhancing its peacekeeping capacity through training, logistical and financial support. In the Western Sahara, “the last colonial vestige” on the continent, the United Nations must ensure that its people achieved self-determination.

The world had also witnessed the suffering and persecution of the people of Palestine at the hands of Israel, he said. Despite “brutal and random” destruction of infrastructure in Gaza, the international community had maintained a “deafening silence”. Lasting peace in the Middle East could only be achieved through a two-State solution, based on the 1967 borders. Settlements or the use of force would only prolong the suffering of the Palestinians.