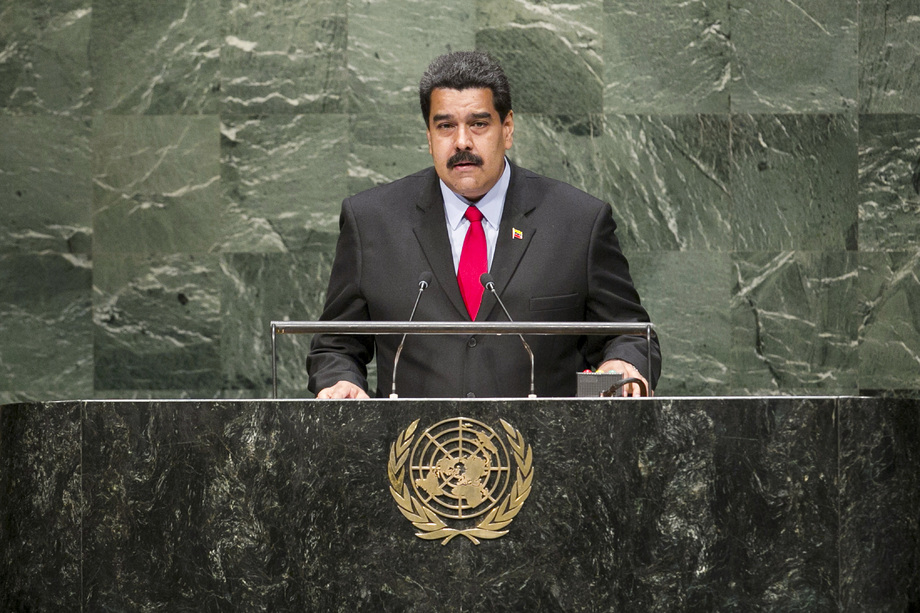 NICOLÁS MADURO MOROS, President of Venezuela, thanking the United Nations for the tributes paid to the late president of his country, Hugo Chávez, noted that the Charter was really one of the most beautiful poems that the world could ever read, but it had become an instrument that was unfortunately set aside, overlooked and consistently flouted.

He stressed that the United Nations was an historic experiment and that only with its establishment had humanity begin to see the light of the future at the end of a long tunnel of wars, battles and global conflicts.  Given the importance of having such an institution, the international community must stress the need for an in-depth transformation.  It was necessary to revamp the leadership of the Security Council.  The Organization now had to deal with a multi-polar world with emerging countries and regions, each with their own faults.  There was also a need to adapt and submit to the broader sovereignty of the peoples of the world who wished to be heard, and to strengthen the strength and clout of the Secretary-General so that he could find solutions to the conflicts of the world.

Observing the emergence of a new regionalism, he pointed to the Bolivarian Alliance, which was observing its tenth anniversary.  Petrocaribe, the oil alliance, supported that southern regionalism and was now starting to form ties with the rest of the world.  There was optimism for the new regionalism, and new forms were arising towards establishing a new road map for rethinking and overhauling the United Nations.  That momentum must not fall through the cracks.  A common road map for humanity was needed if the international community wished to tackle the important issues that it faced.  He asked when President Obama would take the opportunity to go down in history by ending the embargo in Cuba.

In addition, the General Assembly needed to draft a document that would become a mandatory text for the United Nations to defend poor countries against the “vulture funds” that sought to plunder those countries’ economies and impose detrimental economic systems.  He expressed solidarity with the Community of Latin American and Caribbean States (CELAC) countries, and Argentina in particular.

He also stressed the need for a decolonization plan for Puerto Rico, which was part of the Caribbean community and should be a part of CELAC.  Oscar Lopez, whose only offense was to defend Puerto Rico, had been in a United States prison for almost 35 years and had been tortured.  Calling for Mr. Lopez’s immediate release, he compared him to Nelson Mandela.

Venezuela had the largest oil reserves in the hemisphere, he went on to say.  For the first time in 90 years, the country had fully recovered its own oil resources for the basis of its own development, after facing the persecution of imperialist forces.  The imperialist Powers could not succeed with Hugo Chávez, and they would not succeed with him.

The loss of human lives should pain the whole world, he said.  Because bombs killed the innocents, there was no other way to overthrow the terrorist networks of the world, but to invite the Governments of the region to come up with a comprehensive strategy that could be supported by the Security Council.  Anything else was “crazy”, he said.  Current methods, such as was done in Libya, were a “crazy race towards more terrorism and more violence”.