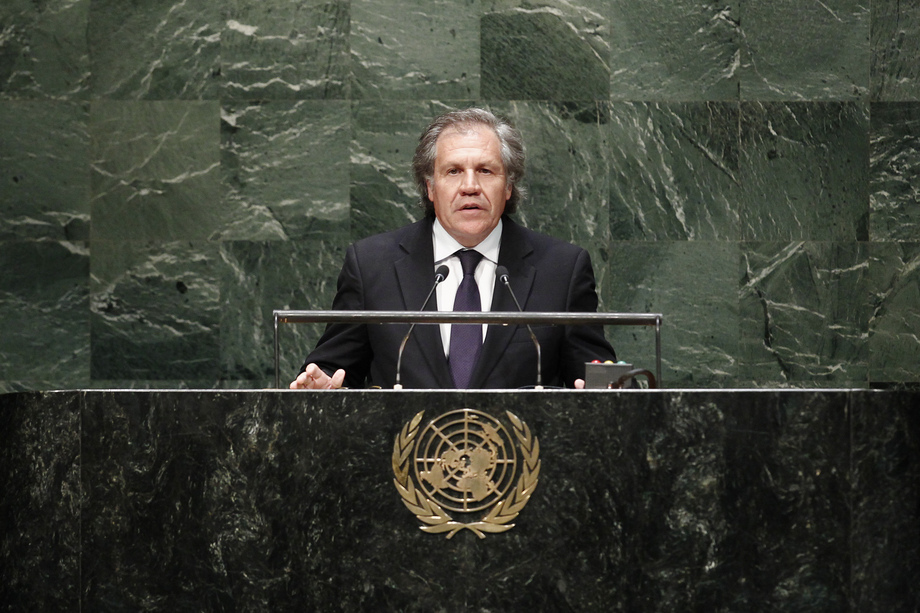 LUIS ALMAGRO, Minister for Foreign Affairs of Uruguay, said that the world was a hard place, where 6 million children died before the age of five, many from malnutrition; where violence had reached a new level of terror and horror with thousands dead in Libya, Syria and Iraq; and where human rights violations were a daily occurrence.  Global governance was inspired not by rights, but by interests, forcing people to migrate from their homes and cope with violence, fear and death.  Eight million died annually from tobacco use, which he described as an “act of genocide” because the operation of less regulated free markets was placed above human rights and human health.  The United Nations had failed ethically by not providing better solutions for people.

The Millennium Development Goals were a useful tool, he continued, but countries should not be left alone in their efforts.  Turning to the sustainable development goals, he said those must focus on poverty eradication through the lens of human rights.  It was necessary to increase GDP, exports and investments, but all efforts must be based on guaranteed rights and protection against inequality.  The women's agenda was one of the most powerful vectors for development, he said, adding that any kind of discrimination was counter to social needs; ever more people should be protected.  Also, national policies should promote a healthy lifestyle.  Food insecurity resulted from bad global policies, he said.  Noting that 30 to 50 per cent of food produced was never consumed, he said that excess could end global hunger.

He said that addressing climate change was a moral imperative for every person in the room, and should be undertaken from the perspective of combating poverty, inequality and exclusion.  Uruguay rejected any unilateral actions that contravened international law.  In that regard, he condemned the United States blockade of Cuba and demanded that the island State be struck from the list of countries protecting terrorism.  On another area of concern, he said that sovereign debt must be restructured and the speculative “vulture funds” must be stopped.  Global peace and security were essential, and to that end, Uruguay contributed peacekeepers both in Haiti and the Democratic Republic of the Congo.