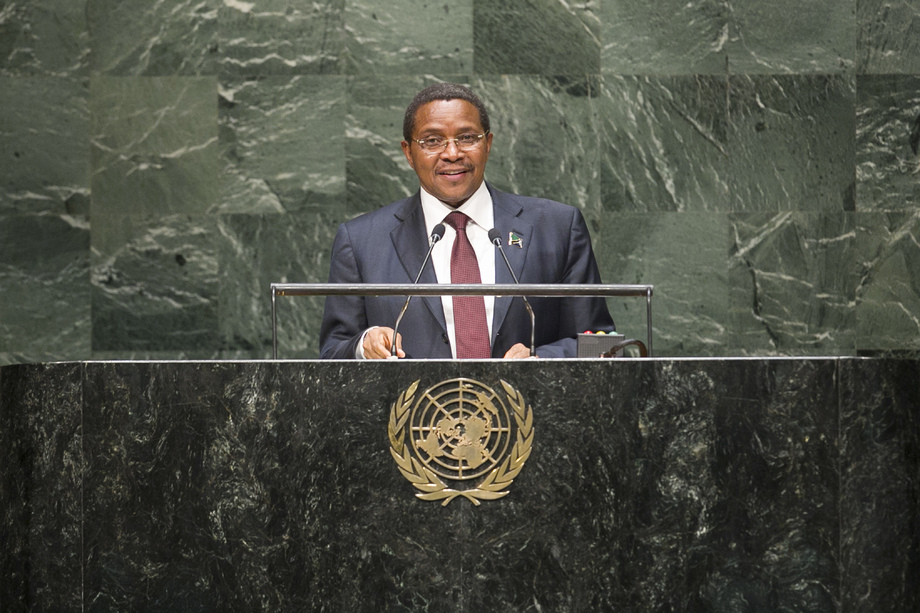 JAKAYA MRISHO, President of the United Republic of Tanzania, said the unmet targets of the Millennium Development Goals should be factored into the post-2015 development agenda, while implementation of existing goals had to be sped up in the remaining days.  Financing the next agenda needed special attention.  Experience had taught that targets would be missed because of “unpredictable, unreliable, insufficient and untimely availability of resources”.  A mechanism to ensure stable, predictable and reliable financing for implementation was vital.  Next year was also the one in which a legally binding climate change agreement must be concluded.  The Climate Change Summit had offered a unique opportunity to deliberate on ways to save the planet from disaster, and he hoped it would lay the groundwork for the Lima Conference.  “Failure is not an option,” he declared.

He called for reform of the United Nations, noting reports that negotiations and consultations were not showing encouraging signs.  Expressing frustration on that front, he said momentum must be maintained and he called on the General Assembly President to use his good offices and diplomatic skills to revitalize the process.  There were several global threats to peace and security, including terrorism, illicit exploitation of natural resources, poaching, and the illicit trade in narcotic drugs and arms.  Concerning terrorism, many lives had been lost and people had been abducted or forced to flee.  It was imperative for all countries to play an active role in defeating Al-Shabaab, Boko Haram, ISIS and other terrorist groups.  The situations in Libya, Central African Republic and South Sudan also must be addressed.

Turning to the recent hostilities between Israel and Palestine, he said there had been “horrifying scenes of bombing and death of innocent women and children”.  Concerted efforts were needed now to ensure that the solution — two States living side by side harmoniously — was reached.  He reiterated his previous appeal concerning Western Sahara, urging resolution of the problem “once and for all”.  He could not comprehend how it remained unresolved, especially when compared to the situation in East Timor, which had emerged at around the same time, but had been addressed.  With that, he called on the United Nations to “put the Sahrawi question to rest”.  He also called for an end to sanctions and the embargo against Cuba, saying those guaranteed perpetual hardship and poverty.

Turning to the Ebola epidemic, he noted that 2,400 people had died, with no cure or vaccine.  The virus presented a major threat to neighbouring countries and beyond, and without success in controlling it, there was every danger it could become a global epidemic.  Collective efforts were needed, he said, insisting that the world had the technology, knowledge and financial resources to find a cure or a vaccine.  He applauded the efforts of the United Nations, WHO, United States and others, and requested continued and bolstered support to control the disease, particularly assistance to other West African nations to build capacity for surveillance, isolation and treatment.  Noting the stigma developing against the continent, he said tourism was crucial and must be protected.