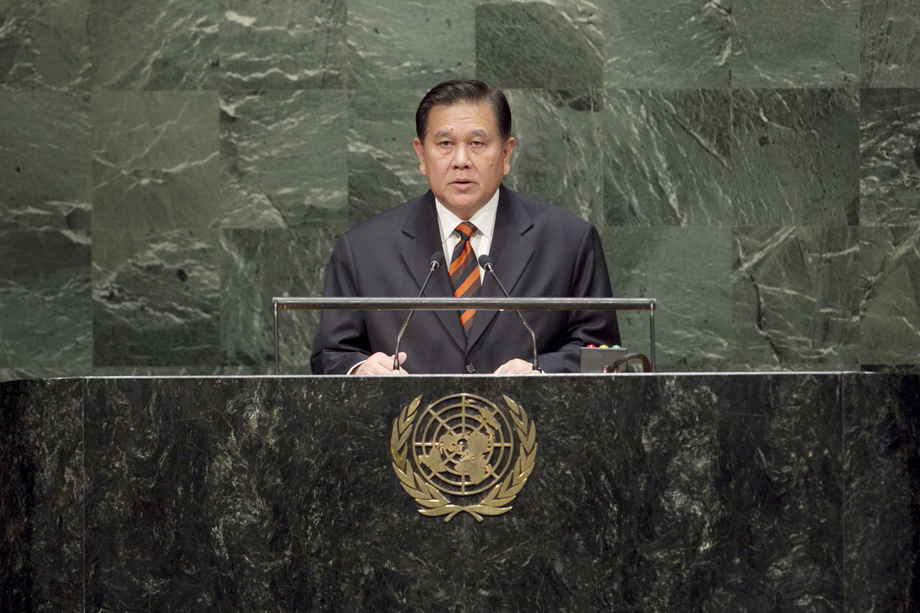 TANASAK PATIMAPRAGORN, Deputy Prime Minister and Minister for Foreign Affairs of Thailand, said that development was not just about gross domestic product.  To be sustainable, development must go hand-in-hand with democracy, human rights and peace and security — the pillars of the United Nations.  It also must be allowed to grow in an environment free from conflict.  His country had learned the lesson that democracy was more than elections.  Rather, it must be based on respect for the rule of law, and it must be about good governance, transparency, accountability and equal access to justice.  That had not been the case before 22 May, where there was a dysfunctional democracy and the real possibility of bloodshed.

He said that situation had made a military intervention necessary.  But his country was not retreating from democracy; it just needed time and space to bring about reconciliation, undertake political reforms and strengthen democratic institutions.  The Thai Government was committed to playing an active role in building an Association of South-East Asian Nations (ASEAN) community of peace and prosperity and to addressing the many global challenges, such as climate change, transnational crime, pandemics, and human trafficking.

Some nations might have the capacity to do more than others, he suggested, but if all did their part, then the world would be better and safer.  That was why Thailand had sent volunteers to its neighbouring countries to work in health and education.  It also had sent medical teams to Japan in 2011 as part of the relief efforts following the earthquake and tsunami.  Thailand had submitted its candidature for a seat on the Human Rights Council for 2015-2017 and the Security Council for 2017-2018, he said, calling for support.