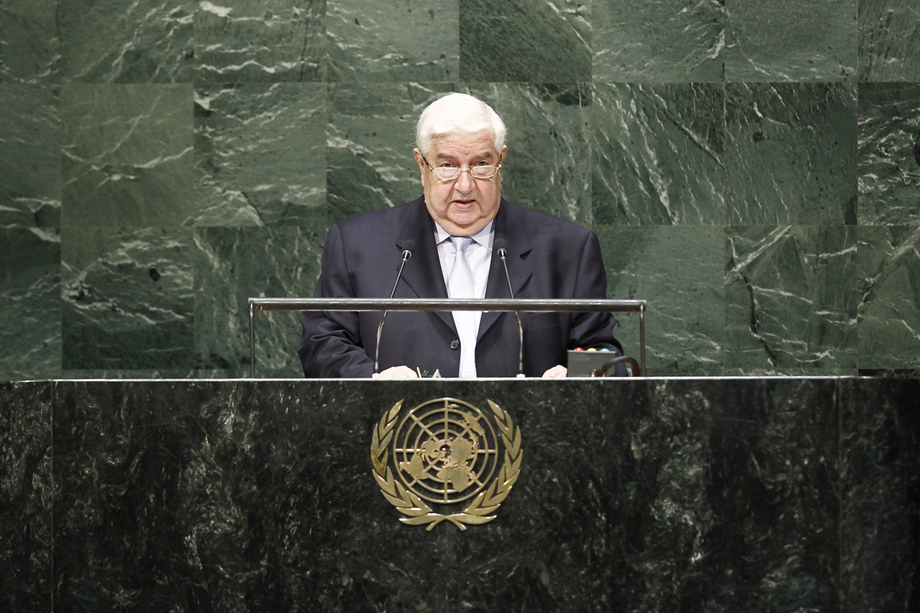 WALID AL-MOUALEM, Minister for Foreign Affairs of Syria, said that the 15 August Security Council resolution that condemned abuse of human rights by extremist groups in his country and Iraq had not stopped some regional States from continuing to provide support to terrorist organizations.  In addition, the United States was applying double standards by providing money and weapons to groups it called “moderate”.  Implementing resolutions and conducting military strikes could help fight terrorism, but it was more important to stop States from arming, training, funding and facilitating the transit of terrorist groups.  Pressure for that purpose should be exerted on the countries that had joined the coalition led by the United States.

Syria, he said, had unconditionally agreed to attend the Geneva II Conference, and had done so with an open mind.  But, the delegation negotiating with his Government was following the orders of its Western masters, and did not believe in combating terrorism, nor did it respect Syria’s sovereignty and territorial integrity.  Now, however, the international community was adopting the Syrian perspective that fighting terrorism topped all priorities.  With regard to ending the conflict, he said Syrians had made their choice in legitimate presidential elections, but his Government was open to a political solution with a “real” opposition that aimed for prosperity, stability and security.

He said that inhumane sanctions imposed by the European Union and the United States had aggravated the living conditions of Syrians, and some States had put Syrian refugees in military camps or other places of detention.  His Government, on the other hand, guaranteed a safe return and decent life for those willing to repatriate.  In addition, Syria had fulfilled its obligations regarding chemical weapons.  Were it not for Syrian cooperation, the Joint Mission of the United Nations and the Organization for the Prohibition of Chemical Weapons would not have completed their tasks.  “The big question that remains is whether those who are supplying the terrorists with this and other types of weapons will stop their actions and abide by international law,” he said.

Turning to other issues, he called for establishing a Middle East free of all weapons of mass destruction, which he said was not achievable without the accession of Israel to all relevant treaties, putting all its facilities under the supervision of the International Atomic Energy Agency (IAEA).  Syria was committed to ending the Israeli occupation of the Golan, and rejected all actions to change its natural, geographical and demographic characteristics.  He called for the lifting of the blockade against Cuba, and of all unilateral coercive measures imposed on the Democratic People’s Republic of Korea, Iran, Venezuela and Belarus, as well as those on Syria.