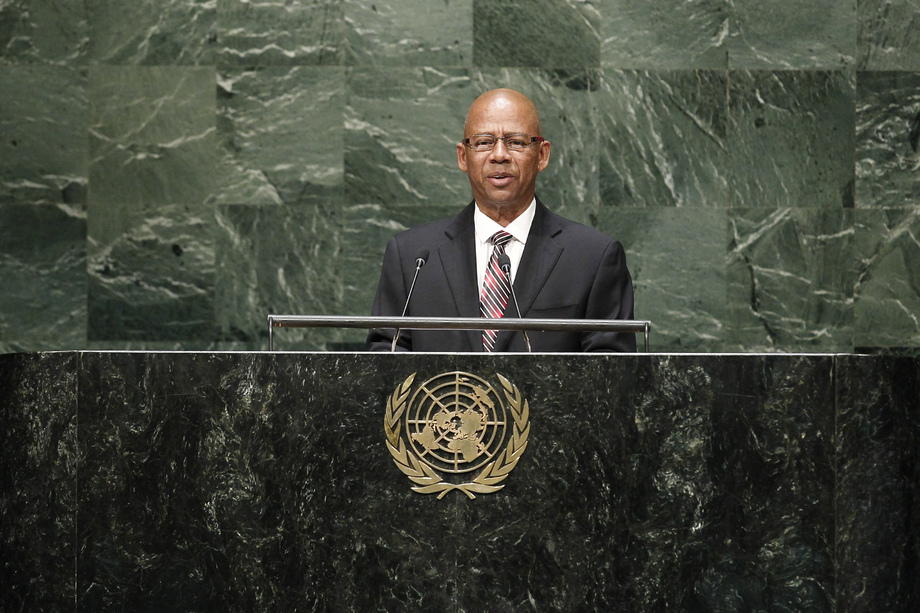 WINSTON G. LACKIN, Minister for Foreign Affairs of Suriname, said that some arguments used to invade Grenada were similar to those used to justify military involvement in Ukraine.  He had studied the reasoning behind the recognition of Kosovo as an independent country, comparing it with the stand against the alleged annexation of Crimea.  He had tried to understand the value of a referendum in the case of the Malvinas, and the value given to the referendum held in Crimea.  In sharp contrast to the turbulence and challenges, Latin America and the Caribbean were a relatively unique area of peace and tranquility.  “Why is this region showing us the way forward?”, he asked.

First, he said, the region was nuclear-free.  Second, at the political level, interdependency had become the driving force of multilateral and bilateral relations.  Both small and large States interacted on the basis of established treaties and the principles of mutual respect.  Regional entities, such as the Union of South American Nations, Community of Latin American and Caribbean States, and the Caribbean Community (CARICOM), had played an important role in furthering those principles.  Third and most importantly, the implementation of people-oriented socioeconomic policies guaranteed regional peace.

He said that more than 90 per cent of Suriname’s territory was covered with forests, which annually absorbed 8.8 million tons of carbon, while annual emissions were 7 million tons of carbon, qualifying his country as a carbon negative economy.  Paradoxically, it had become a vulnerable country as a result of climate change.  Rising sea levels would damage or destroy its coastal ecosystems, including arable land, erode gross domestic product (GDP), and damage or destroy the homes of more than 80 per cent of the population.  Changes in rainfall patterns and rising temperatures would lead to an increase in health risks, a decrease in hydropower production, and a reduction in access to river pathways.