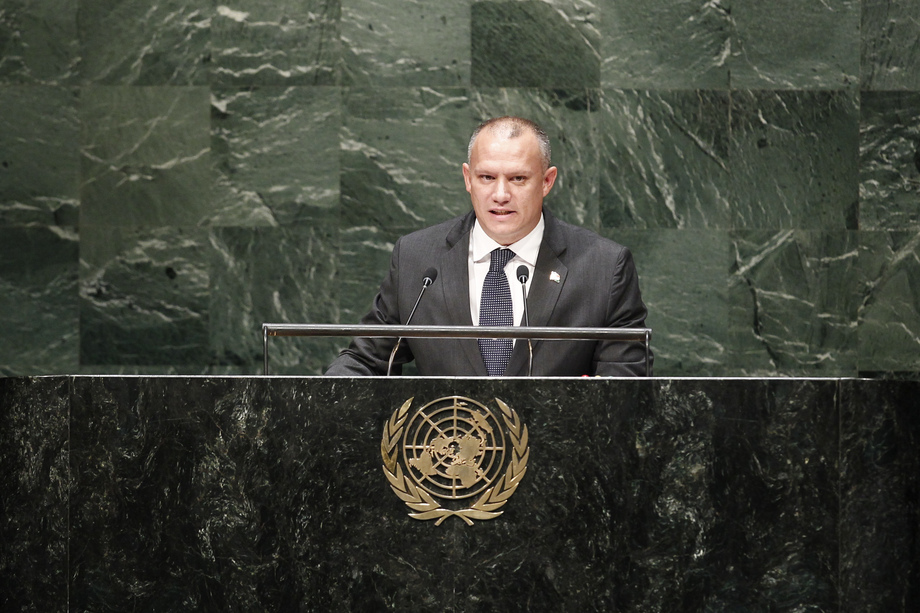 JEAN-PAUL ADAM, Minister for Foreign Affairs of Seychelles, said that despite being one of the smallest nations in the world, the people of Seychelles had always known that they could not be at peace if the world was not at peace.  Global terrorist activities, coupled with a multiplication of regional conflicts and instability, were a reminder of the increasing threat posed by terrorism and the effect on innocent victims.  Building peace meant reinforcing the commitment to multilateralism and prioritizing more inclusive and effective development.

In the context of the post-2015 development agenda, he said his country took pride in having achieved the majority of the Millennium Development Goals and was motivated to ensure that the remaining challenges were addressed by 2015.  Although progress was essential for small island developing States, the current development framework was not favourable to that group, he said, noting that the gains were still measured through GDP per capita metrics, which did not sufficiently identify threats to human development or the opportunities that may exist for those small island nations.  Nevertheless, Seychelles welcomed the outcomes of the Third International Conference on Small Island Developing States held in Samoa, and thanked the host country for its leadership in establishing a platform for action to support their development.

On climate change, he said that Seychelles was preoccupied by the conclusions drawn by the Fifth Assessment Report of the Inter-Governmental Panel on Climate Change (IPCC).  He stressed that small island developing States had continuously underlined the scientific research being conducted on climate change, warning that 1.5°C would negatively impact all countries.  There was a window, however, to act decisively and effectively, he said, noting that a legally binding agreement which set the course for increases of no more than 2°C was within reach.  He called on all partners to ensure that the upcoming Lima conference set the stage for concluding an agreement in Paris in 2015.  At the same time, he underlined the importance of fulfilling joint commitments to mobilize $100 billion annually by 2020 for the Green Climate Fund.