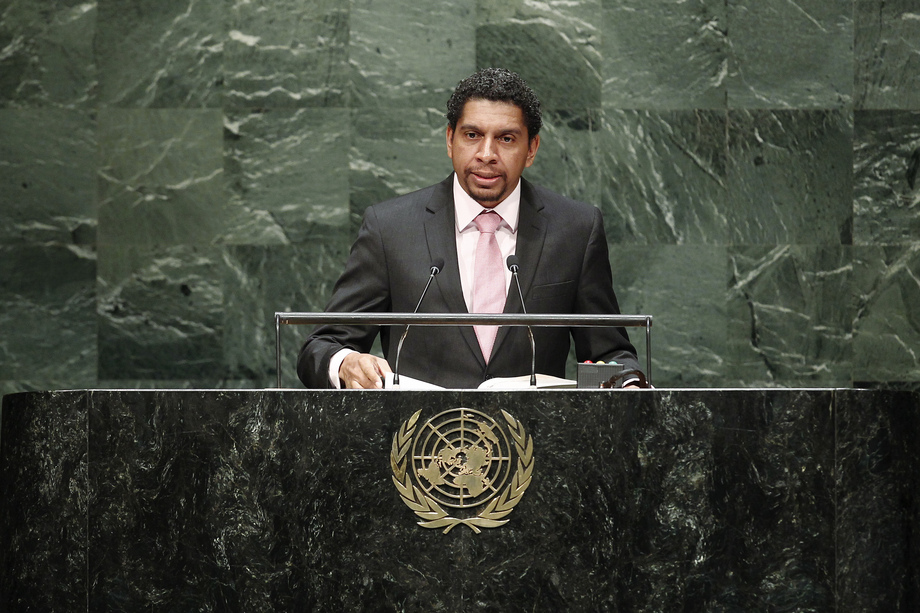 CAMILLO GONSALVES, Minister for Foreign Affairs of Saint Vincent and the Grenadines, said the United Nations Charter was the "rulebook" that governed international cooperation, its principal rule being that of respect for the sovereign equality of all States.  Certain administrative aspects of the rulebook were "clearly long overdue for meaningful reform" — like the composition and working methods of the "fossilized and increasingly irrelevant Security Council".  However, the principles that informed the Charter were timeless, and any attempt to deviate from them would constitute an assault on sovereignty, a departure from diplomacy, and an improvisation of international law on the fly.  The loss of sovereignty had never benefited the weak or powerless.  As a small, open and vulnerable State, his country could not accept the suggestion that its existence rested on the whim, generosity or benign neglect of powerful States.

Speaking on the Israeli-Palestinian conflict, he said that whatever the motivation for the most recent conflict, the underlying problem remained unaddressed and unresolved.  At its root were the invasion, occupation and economic strangulation of Palestine, and the steady, illegal erosion of its internationally established borders.  The unquestionable right of Israel to exist in peace and defend itself, he added, did not give it an unfettered licence to occupy, oppress and suppress the sovereign rights of the Palestinian people.  The absence of borders and disregard for sovereignty threatened to make the concept of a two-State solution nothing more than "feel-good rhetoric with limited applicability on the ground", he concluded.

On climate change, he stressed that despite its "tiny carbon footprint and miniscule emissions", his country had been repeatedly victimized by weather anomalies, partially caused by the historical and continued environmental abuse by major emitters.  In the past four years, it had experienced a hurricane, a drought and two floods, the loss and damage caused by each of those events resulting in annual double-digit hits to its GDP.  He added that the prospects of genuine progress against climate change became increasingly remote with each passing day of "diplomatic dithering, buck-passing and finger-pointing".  While the recent Climate Summit had seen some welcome new pledges, the numbers still did not add up to anything close to what was required to cap global warming at 1.5°C above pre-industrial levels.