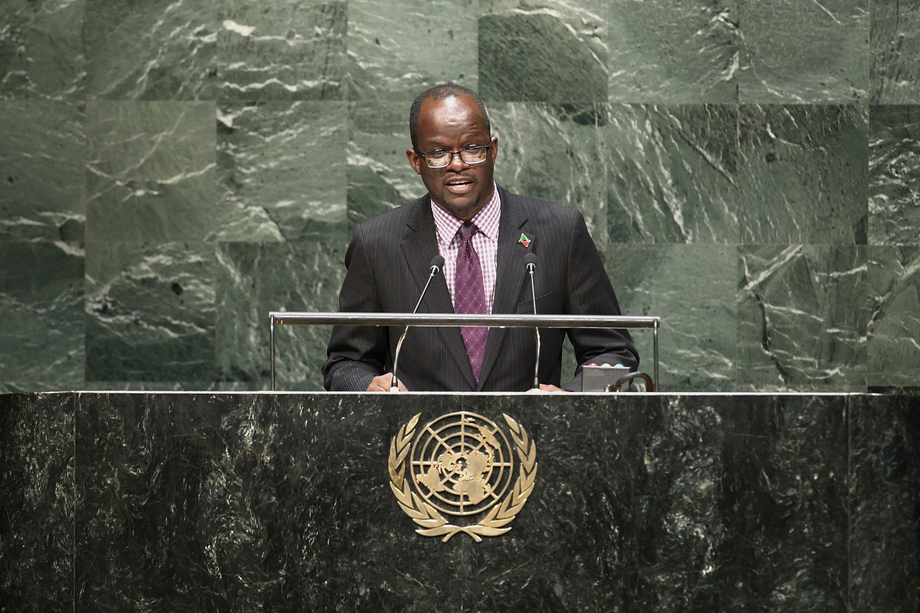 PATRICE NISBETT, Minister for Foreign Affairs of Saint Kitts and Nevis, said that Millennium Development Goal 8, calling for the strengthening of global partnerships, remained unfinished and must be rendered effective and operational.  His Government believed that achieving sustainable development would require mobilization and effective use of financial resources and technology development and transfer, in addition to capacity-building at all levels.  It would also entail an increased investment in the social sectors, infrastructure, community development, climate financing, and the protection of global common goods.  A strengthened global partnership should foster close collaboration between and among Governments, provide for an increased role for the private sector, ensure a fair international trading regime, and foster national and foreign direct investments.

Speaking on small island developing States, he highlighted their susceptibility to economic and environmental shocks, which resulted in high indebtedness.  By the end of June 2014, his country had successfully reduced its debt-to-GDP ratio from over 145 per cent to 95 per cent.  He called for a new paradigm to the assessment of the policy of graduation, which should take into account the peculiar vulnerabilities of those island States.  The graduation to a higher income category made it more difficult to access resources, and borrowing funds at a high rate on the international financial market only perpetuated the vicious cycle of debt and threatened their sustainable development.

With his country and the region wrestling with a high incidence of non-communicable diseases, he was pleased to see them included in the post-2015 development agenda.  On climate change, he said that for small island developing States it was not just an environmental concern, but a threat to their existence.  The international community should accept creative initiatives such as debt swap for climate adaptation and mitigation.