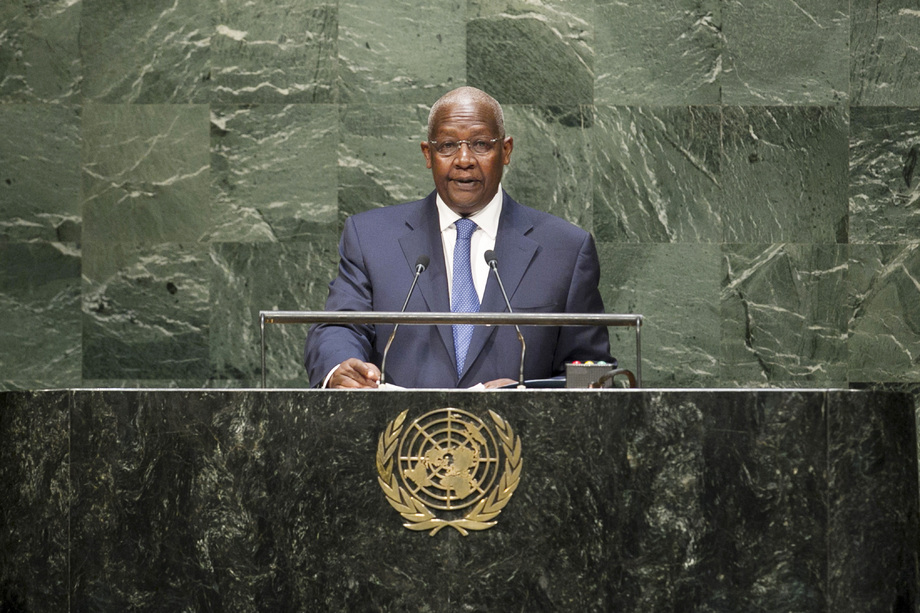 SAM KUTESA (Uganda), President of the General Assembly, said that this session and the coming year would be momentous, as it was the seventieth anniversary of the founding of the United Nations and the anniversary of the "groundbreaking" Beijing conference on women, among others.  When the United Nations was founded, it was an untested vision, comprising only 51 countries, he said.  The world today was different from how it had been in 1945, but one thing remained the same:  The need to find global solutions to global challenges.  At this time of unprecedented historical opportunity, he urged delegates to recall the words of Mahatma Gandhi:  to "be the change" they wanted to see in the world.

Since the adoption of the Millennium Development Goals, millions of peoples' lives had improved, he said.  A number of targets had been met and some were on course to be met, while others were unlikely to be reached by the target date.  Sanitation targets were lagging, and too many women still died in childbirth.  The international community had to intensify efforts to accelerate progress, and the eradication of poverty and hunger should be at the core of the new post-2015 development agenda.  Ensuring adequate means for implementing that agenda was the greatest responsibility facing the international community, and that was why he made the theme of this year's General Assembly, "Delivering on and Implementing a Transformative Post-2015 Development Agenda".

Many issues and challenges would require the international community's efforts this session, he said.  Poverty eradication must be at the forefront of the development agenda, and inequities must be addressed.  Improving market access also depended on infrastructure development, an area where developing countries faced particular challenges, which reduced their competitiveness.  The empowerment of women, and in particular increasing their participation in leadership and decision-making positions, was important, as was their economic empowerment.  The topic was of such importance that a high-level thematic debate on that topic would be convened in March 2015.

The unprecedented spread of Ebola in some West African countries was the background for this Assembly's recent adoption of a resolution establishing UNMEER, he said.  Other crises also faced the world, with sea levels rising, desertification occurring, and large bodies of water becoming acidified.  Climate change was a "dangerous reality" of our time.  An increase in violent conflicts around the world meant that strengthening cooperation between the United Nations and regional organizations was vital.  The international community had to stand united to combat challenges that could threaten entire regions.  Further, reform of the Security Council was "urgent", given that the current composition remained as it had been at the Organization’s founding, when the United Nations had but 51 Member States.