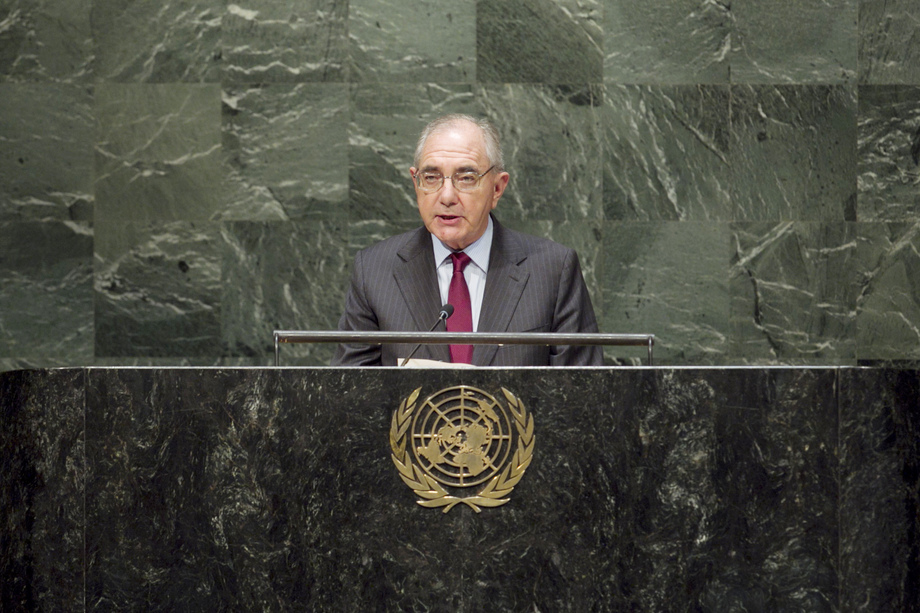 RUI MACHETE, Minister of State and Foreign Affairs of Portugal, asked the Assembly to support its candidacy for the Human Rights Council.  If elected for the 2015-2017 term, it would be the first time Portugal would serve as a member of that body.  Portugal had consistently upheld human rights and the second universal periodic review by the Council had acknowledged its strong human rights record.  Already, the country had submitted resolutions to the Human Rights Council on the right to education, as well as economic, social and cultural rights.  During its membership on the Security Council during the 2011-2012 period, Portugal had consistently promoted the human rights agenda.

He highlighted the turmoil in Northern Africa during 2010 and 2011, which he said had had an unprecedented political, economic and social impact on countries in the region.  Those countries were now confronted with challenges related to the consolidation of political reforms, sustainable economic growth and security.  As a Co-Chair of the Western Mediterranean Forum, or ‘5+5’ initiative, Portugal wished to strengthen the contribution of this platform in enhancing cooperation amongst its 10 member states.  The situation in Libya — an important partner of the 5+5 forum — was deteriorating and the international community must give its assistance to the political transition process taking place in that country.

As a significant political, business and investment partner to African States, Portugal also sought to contribute to international efforts aimed at stabilizing conflicts and mitigating security risks on the continent.  To that end, Portugal was participating in the United Nations Multidimensional Integrated Stabilization Mission in Mali (MINUSMA) and stood ready to engage in multinational efforts to strengthen the security of the Gulf of Guinea.  In particular, it would be willing to help enhance the maritime capabilities of countries in the region.  He praised the restoration of constitutional order in Guinea-Bissau, which despite socioeconomic difficulties and political instability was able to conduct free, fair and orderly elections.  The opportunity to “turn the page” on history must now be seized; Guinean-Bissau’s people were taking the right steps.