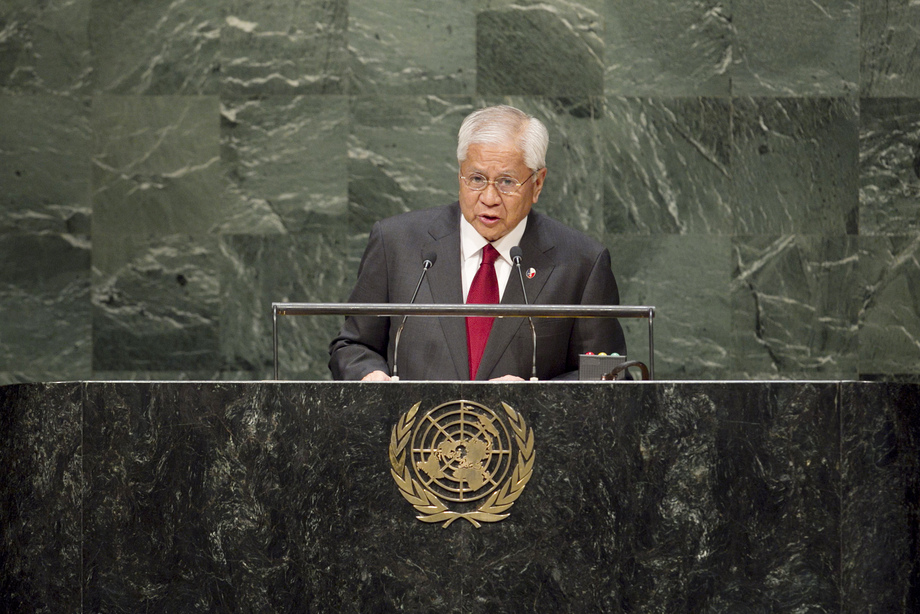 ALBERT F. DEL ROSARIO, Secretary for Foreign Affairs of the Philippines, said his country's score-card on the Millennium Development Goals showed considerable progress in the areas of poverty eradication, child mortality, access to safe drinking water, gender equality and the fight against both malaria and tuberculosis. But, the country continued to face challenges in other areas. In that regard, it aimed to strengthen its data collection and analysis to better measure the goals and aid in decision-making. The greatest challenge to achieving the Millennium targets was the series of natural disasters experienced by his country, most notably super typhoon Haiyan, the strongest typhoon in recorded history. That event reminded the world of the urgency in addressing climate change. He looked forward to the forthcoming third World Conference on Disaster Risk Reduction in Sendai, Japan, as well as the first-ever global Humanitarian Summit in Istanbul, Turkey, where the Philippines hoped to share lessons learned from typhoon Haiyan.

Development efforts were jeopardized by setbacks due to threats to peace, security and the rule of law, he said. It was vital to ensure that conflicts did not undermine the development agenda. He heralded his country's achievements in building peace in the southern Philippines, where the signing of the Comprehensive Agreement on the Bangsamoro had helped bring new investments, jobs, economic opportunities, access to basic services and infrastructure. The rule of law was instrumental in resolving these tensions. At the same time, bringing an end to maritime disputes would require adherence to the United Nations Convention on the Law of the Sea. On this issue, the Philippines had invited a State party to settle its maritime disputes peacefully through the Convention, specifically the arbitration measures under Annex 7. Instead, the State had embarked on a series of "dangerous, reckless and forceful activities" that violated the rights of his country and threatened peace and stability in the South China Sea.

He also expressed deep concern over the threat of weapons of mass destruction from the Middle East to the Korean peninsula. The Philippines supported the complete elimination of nuclear, biological and chemical weapons, and called for the Conference on the establishment of a Middle East zone free of nuclear weapons to convene as soon as possible. The Six-Party talks on the Korean peninsula should also resume, he said, adding that a successful outcome to the 2015 Nuclear Non-Proliferation Treaty Review Conference was needed to ensure the credibility of the Treaty. Moreover, the Philippines strongly supported the ongoing discourse on the humanitarian consequences of nuclear weapons that had been gaining ground both within and outside of the United Nations.