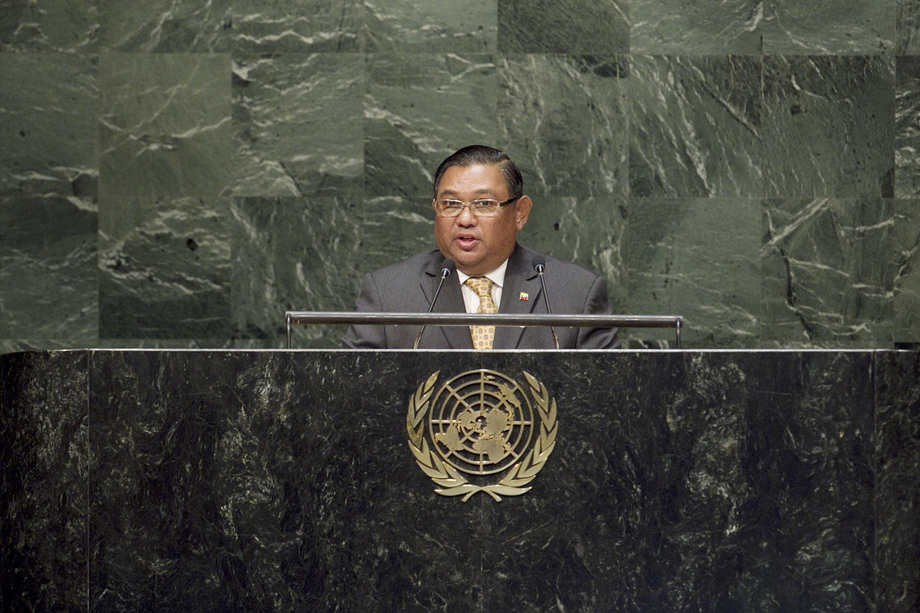 WUNNA MAUNG LWIN, Minister for Foreign Affairs of Myanmar, said that climate change was an issue of survival requiring urgent action. A new global commitment on climate protection and emission reduction objectives must be reached. Eradication of extreme poverty and delivering sustainable and inclusive development must remain the central objective of the post-2015 development agenda, while finding effective means of implementation, including mobilizing financial and technological support to ensure success of the agenda and of sustainable development goals. Also, the unprecedented nature and scope of the Ebola outbreak demanded that all available resources and expertise be mobilized, and terrorism’s ruthless killings and atrocities in the name of religion must not be tolerated.

Noting that cooperation between Myanmar and the United Nations was better than ever, and that one of the Organization’s main goals was peace and security, he encouraged all Member States to support a draft resolution on nuclear disarmament his country had tabled every year since 1995, and would again at the current session. Further on disarmament, he noted that Myanmar’s Parliament had just approved its accession to the Biological Weapons Convention. While the country’s transition to democracy was peaceful, there were many challenges to overcome. He asked that the international community’s support for economic development and capacity-building lay a solid foundation for a democratic society.

The Government was laying the foundation for free and fair elections, in which all political parties would take part, he said. The final decision would come from the people on election day. Further, the Government was committed to the success of the peace process to end the six-decade conflict, with agreements reached with 14 of 16 armed ethnic groups. Strides had also been made in the areas of human rights, press freedom, combating human trafficking and gender violence. The Government was also working to resolve the complex issues that caused interethnic violence in Rakhine State. Improvement had also been seen in rural living standards, and there had been increasing rates of growth over the past three years. As a result, Myanmar had initiated the internal process of graduating from least developed country status.