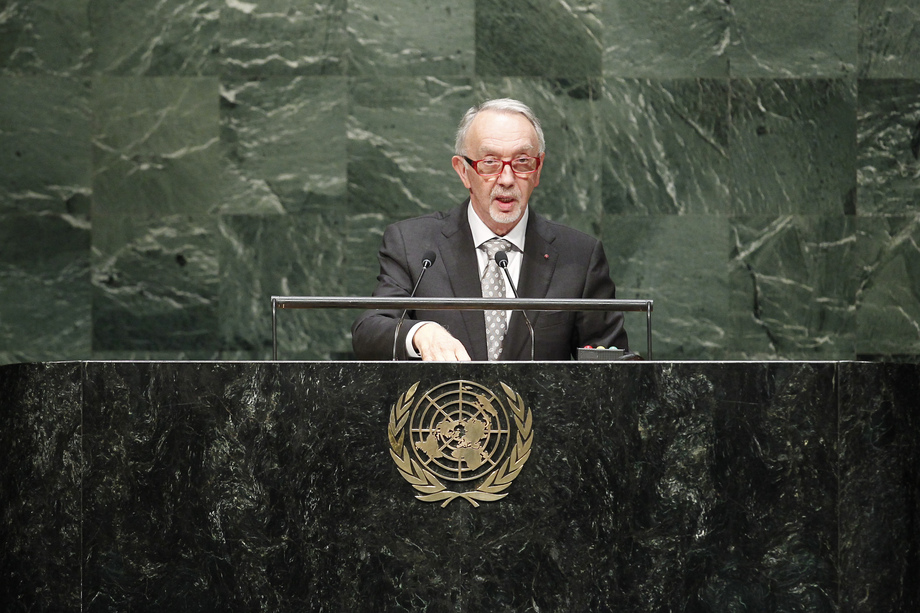 JOSÉ BADIA, Minister for External Relations of Monaco, said that the experience of the Millennium Development Goals taught that future goals must be based on the three pillars of sustainable development.  In defining the post-2015 development agenda, all States must contribute, as must all other stakeholders: the private sector, universities, philanthropic organizations and non-governmental organizations.  The agenda must be inclusive, participatory and based on good governance.  At a time when the world was ever more interdependent, inequalities continued to grow and too many were marginalized.

Noting the escalation of conflicts over the past year, he called for a peaceful settlement to the situation in Ukraine and condemned the use of chemical weapons in Syria and the assault on civilian targets in Syria, Iraq, Gaza, South Sudan, Central African Republic and Nigeria.  Furthermore, he spoke out against the reprehensible crimes committed by terrorist groups in the name of religion, which undermined society and spread hate and chaos on social media.  The marginalized and excluded, among them many young people who had not benefitted from “progress”, were drawn to such groups.  Policies for social integration, education and youth employment were needed.  The promotion and protection of human rights must be at the heart of policies.

The unprecedented threat of Ebola in West Africa tested the global capacity to respond in an efficient and coordinated manner, he said, expressing support for the Organization’s emergency mission to confront the menace.  The new paradigm for post-2015 development must accommodate a growing population and its accompanying urbanization.  Addressing climate change required everyone to adopt new models of production, consumption and transport.  It was time to break the ceiling that had held women back, for without their participation, sustainable development would not be achieved.  On the recent Climate Summit, he said that success must be measured not only by commitments made but the ownership of the process by those affected.