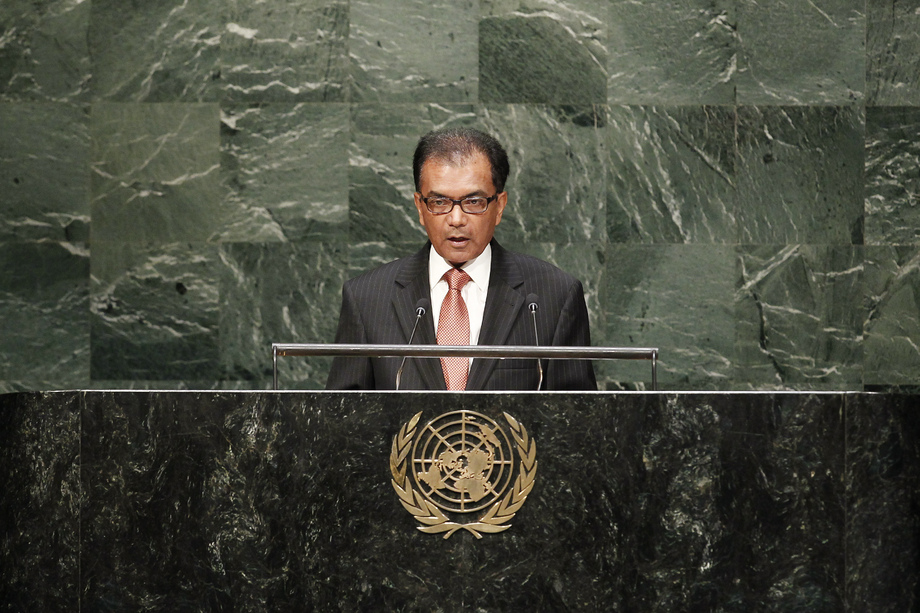 Milan Jaya Nyamrajsingh Meettarbhan (Mauritius) said that 2015 would be a crucial year for the United Nations and the international community in the effort to adopt a post-2015 development agenda, with sustainable development goals.  Also in 2015, hopes were pinned on the adoption of a new, legally-binding, global climate agreement.  It would also be the year the United Nations celebrated its seventieth anniversary.  Despite such gains, inequality — both among and within nations — was still a matter of great concern.  Within the United Nations itself, the principle of equality was not always honoured.  The twin pillars of the Charter — peace and security on the one hand, and development on the other — had been undermined by the pre-eminence of political issues, which were still largely seen in terms of safeguarding dominant interests rather than from a global cooperation perspective.

Inequality and vulnerability, he said, were increasing in rich and poor countries alike, and unemployment, precarious employment, lack of social protection, and access to human development and financial services were still of universal concern.  Combating Ebola demanded robust action from everyone and required exceptional international cooperation.  One in eight people in the world were undernourished, approximately 2 billion suffered from micronutrient deficiencies, and food demand, according to recent estimates, would see a 50 per cent increase.  Supporting the Secretary-General’s Zero Hunger Challenge, he said that sustainable agriculture was essential.

On the part of his country’s territory that remained under colonial rule, he urged the United States and United Kingdom to recognize Mauritius’ sovereignty over the Chagos and engage in meaningful discussions to resolve the matter.