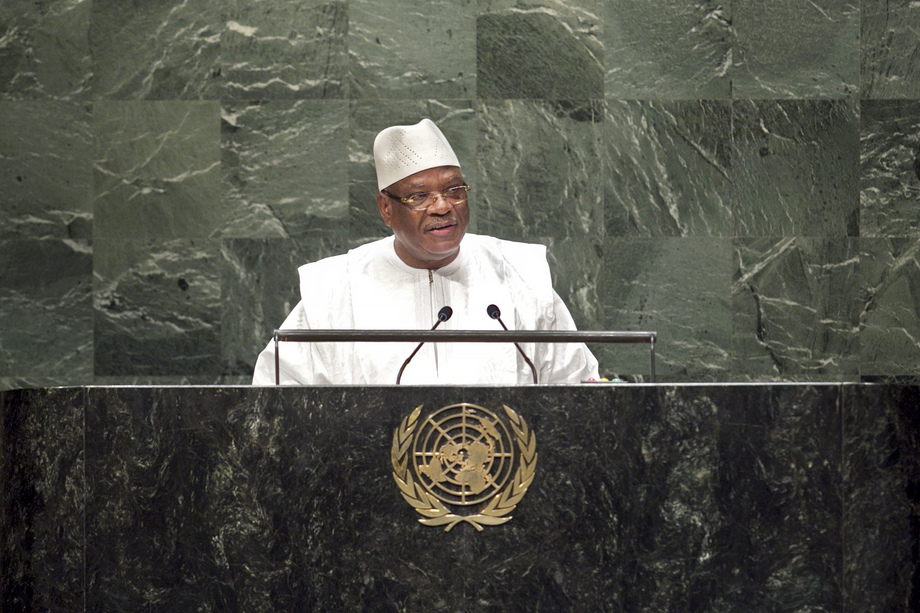 IBRAHIM BOUBACAR KEITA, President of Mali, said that, at the 2012 Conference on Sustainable Development in Rio, Member States had sought to offer a better world for future generations.  The "future we want" was feasible, but the international community faced a critical task of formulating the post-2015 development agenda.  The current session’s theme, “Delivering on and Implementing a Transformative Post-2015 Development Agenda", integrated all components of the Millennium Development Goals and sustainable development goals.  Eliminating extreme poverty by 2030 should be a priority in the new development framework.  In that regard, he urged the international community to carefully and diligently review and support the African Common Position.

With the critical year of 2015 approaching, Africa had been confronted with the outbreak of Ebola, he said.  The scale of that new challenge required doubling efforts and resources.  He had shared last year his resolve to turn Mali into a free democratic nation and write a new page in its history.  The 18 June Ouagadougou Accord was a significant development in the political and security arenas, establishing a central Government, as well as the United Nations Multidimensional Integrated Stabilization Mission in Mali (MINUSMA) mandate.  His Government had identified structural weaknesses, such as poor governance and corruption and an open forum had been created on decentralization.  Under the auspices of Algeria and other partners, inter-Malian dialogue on comprehensive and lasting peace was under way, with an eye towards entering the final process towards signing a peace agreement with the armed groups.

Terrorist attacks were on the rise in Libya, Nigeria, Kenya, Uganda, Tunisia and the Middle East, he said, expressing regret that terrorism was taking root under the name of religion.  The Malian crisis in 2012 had led to the adoption of the United Nations Integrated Strategy for the Sahel.  Ministers for Foreign Affairs in the region had decided to meet every six months.  At the second meeting in Bamako on 16 May, the Malian Road Map had been adopted.  He also expressed concern about extremists in Syria and Iraq, particularly the Islamic State in Iraq and the Levant (ISIL), calling for the implementation of relevant United Nations resolutions.  His country was committed to cutting the flow of illegal light and small weapons, a factor contributing to violence.  The Arms Trade Treaty as a genuine step forward.

Although the topic of Security Council reform had been on the agenda for two decades, no progress had been made, he pointed out.  Issues at stake concerned veto power, equitable regional representation, expansion of membership, and the Council's relations with the General Assembly.   Africa, consisting of 53 States, was the only continent that did not have a permanent seat.  That ran counter to the Organization’s principles of equality and justice.  His country had proposed two permanent seats with veto power and five non-permanent seats for Africa.