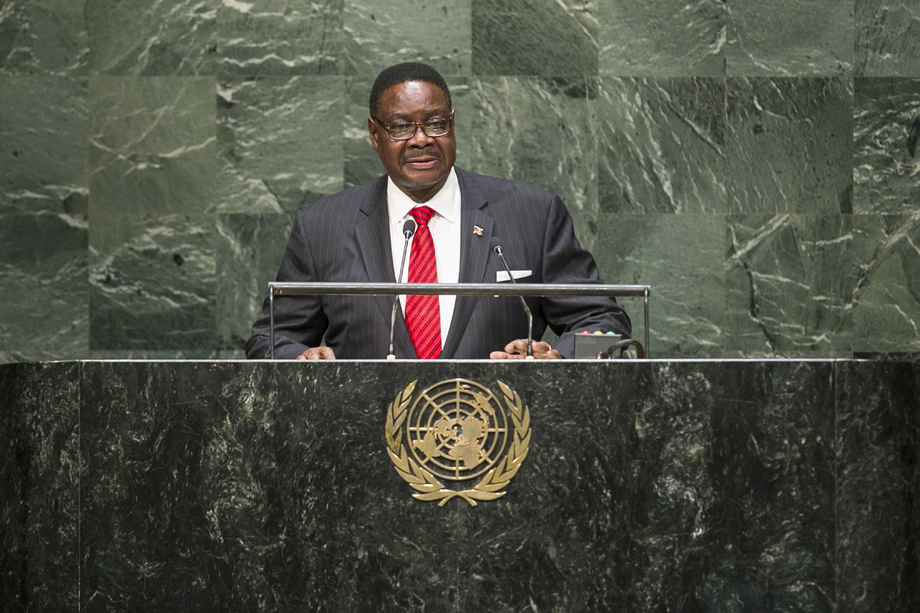 ARTHUR PETER MUTHARIKA, President of Malawi, said that in May, the country had held its first ever tripartite elections, which had enabled Malawians to choose their political leadership through a democratic and peaceful process.  Despite a few challenges, the elections had been free, fair, transparent and credible.  In July, Malawi had commemorated the fiftieth anniversary of its independence.  Although it had made some strides in the diverse sectors of national development, more must be done to improve the living standards of many Malawians, who remained below the poverty line.

He said his country had always rendered political support for the disarmament of all weapons of mass destruction.  He was disheartened by the continuing violence and loss of life and property in the Middle East, owing to the conflict between Israel and Palestine, and believed that the two-State solution was the only viable path to lasting peace in the region.  He encouraged both sides to denounce violence, exercise utmost restraint, and employ dialogue to reach a political settlement.

Turning to the post-2015 development agenda, he was pleased that Malawi had been among those selected for national consultations.  His country was on track to achieving just four of the eight Millennium Development Goals and thus would proceed to the post-2015 era with unfinished business.  Inadequate resources were among the reasons for its failure to have achieved all the Goals.  Development partners’ commitments had been unpredictable and at times unfulfilled.  He added that the post-2015 development agenda should allow for some flexibility in implementation and should focus on the plight of disadvantaged groups, such as women, girls and persons with disabilities.

Regarding Security Council reform, he expressed his concern about its limited representation and said that only by expanding the number of its permanent and non-permanent members and including developing countries in both categories would its “legitimacy deficits” be solved.