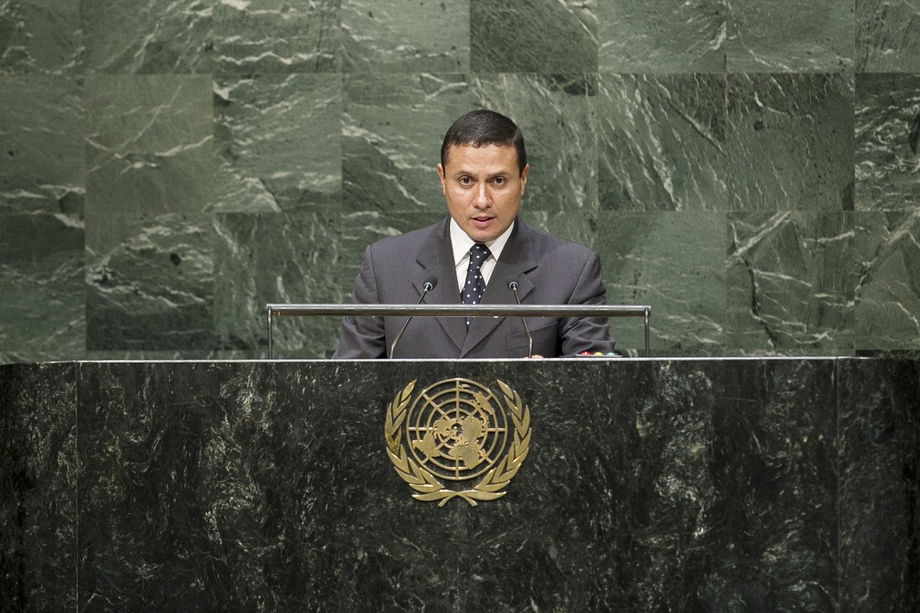 CARLOS RAÚL MORALES, Minister for Foreign Affairs of Guatemala, said that his country had begun to prevail in the battle against chronic malnourishment in children.  In one year, the programme, known as “Zero Hunger”, had managed to reduce chronic malnourishment by 2 per cent, which was the same reduction as that achieved in the previous decade.  Should that trend be maintained, the current Administration in Guatemala would have reduced that problem beyond what had been achieved since 1985.

He said that the number of homicides in Guatemala for the third consecutive year had been reduced, coming closer to achieving levels of security last seen after peace accords in 1996.  That advancement showed that the measures put in place were producing the expected results and that Guatemalan democracy was slowly winning its battle against crime and impunity.  His country had also strengthened criminal prosecution of mafia networks.  Further advancements had also been made with regard to business measures, including reducing bureaucratic procedures and improving the country’s infrastructure.

In the framework of advances in social and economic development, as well as security, he said it was important to also mention the crisis regarding child migrants such as had occurred on the border between Mexico and the United States.  That crisis required a strategic response which attacked the structural roots of that phenomenon, and which offered sustained actions.  That implied working together to promote greater shared prosperity in Honduras, El Salvador and Guatemala, and a lucid management of temporal work for migrants that satisfied the demands of the labour market in the United States and the supply of workers from Central America.  Additionally, a shortfall of rain this year in the region had led to the loss of crops and food for hundreds of thousands of families.  Addressing the food crisis in Guatemala alone would cost close to $50 million during the next eight months.

The shaping of the post-2015 agenda must embrace inclusive and sustainable development goals that promoted justice for all, he said.  Guatemala was committed to addressing the world drug problem, the focus of which must be integral, objective and based on evidence.  The United Nations offered the ideal venue to address such conflicts and tensions, and he reiterated hope that dialogue, agreements and preventive diplomacy took precedence over the use of force.