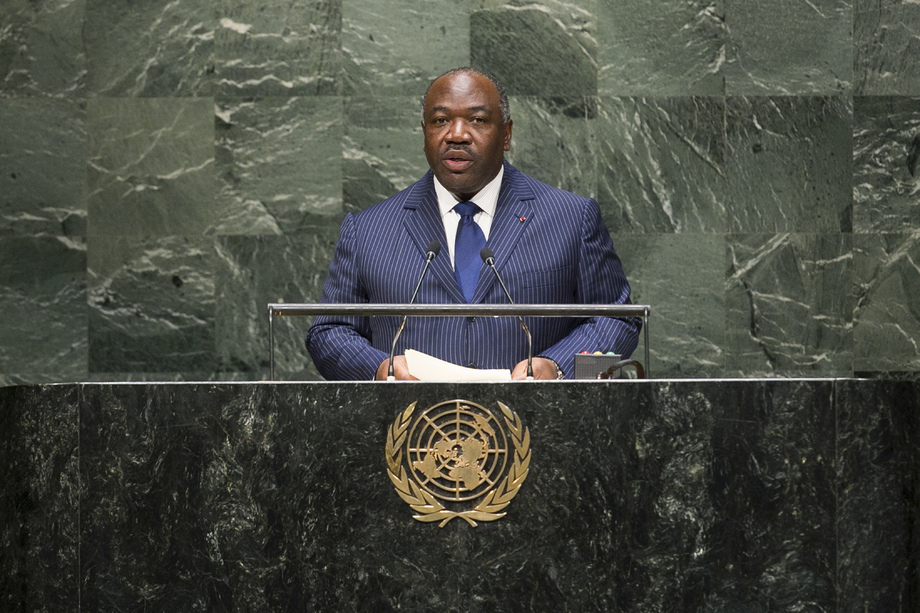 ALI BONGO ONDIMBA, President of Gabon, said the current session was being held in a time of threats, including those posed by Boko Haram, which sowed desolation and indiscriminate killing.  Further, Ebola was plunging Africa into mourning.  He paid tribute to the men and women risking their lives, and in some cases giving them in that fight, and he welcomed efforts by the United Nations and Member States.  Gabon had prevailed against Ebola in the past, he noted, voicing its intention to contribute to the new mission.

Concerning a post-2015 development agenda, he said African priorities, including extreme poverty eradication, agriculture, protection of the environment and other important issues, enjoyed pride of place.  A bold development programme was needed, which covered the ideals of the Millennium Development Goals, and also addressed climate change.  Gabon wished to move to an economy of industry and services, and it wished to improve the yield of its educational system.  It was best to anticipate the leap into the post-2015 development agenda, and such aims were a step in that direction.  To lay solid foundations for the agenda, it was necessary to tailor a country’s economic situation.

Gabon’s commitment to combating climate change remained consistent, he said, recalling the latest report of the International Press Telecommunications Council, which was a reminder of the painful reality of climate change.  It was wrong to remain insensitive, he said, adding that Gabon would bear its share of the common responsibility.  In that context, it planned to halve its carbon emissions.  A “South Climate Initiative”, set to follow the Lima conference, would address the climactic upheaval, which was a vital and even an existential issue.  There must be a shared objective, aimed at saving the planet, which should be the focus of the Paris conference in December 2015.

He welcomed the ceasefire between Israel and Hamas, and hoped for the creation of a viable Palestinian State living side by side in peace with Israel.  He reiterated support for the Moroccan initiative, which was likely to lead to a lasting settlement.  Further, he favoured lifting the embargo on Cuba.

On other matters of concern, he said the terrorist threat was greater than ever.  Boko Haram caused entire populations to seek shelter far from their homes, in fear, precariousness and despair.  No nation was spared the murderous folly of those negative entities, and thus combating it must be more concerted and coordinated.  He called for strengthening the United Nations operational capacities in support of the Global Counter-Terrorism Strategy.  Finally, he expressed support for the London Initiative of February 2014, opposing poaching and the ivory trade.  Respect for human dignity was at the core of Gabon’s concerns, which was why chairing the Human Rights Council was so important.