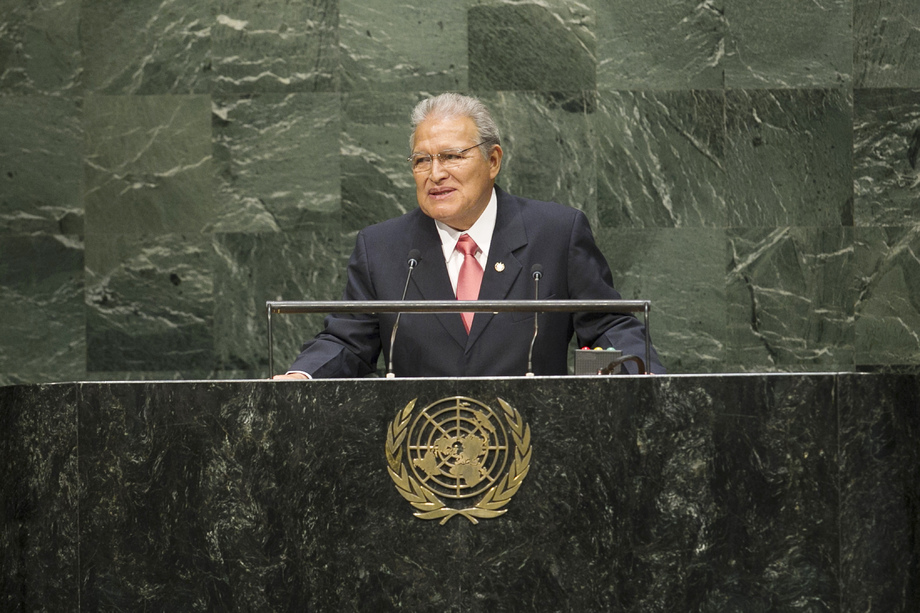 SALVADOR SANCHEZ CERÉN, President of El Salvador, said that, in recent years, his country had achieved significant improvements in human development.  Extreme poverty had been reduced to 13.6 per cent in rural areas, and the Government had allocated 14.8 per cent of GDP to social spending.  Primary education coverage had increased to 93.7 per cent, reducing illiteracy by a little more than 5 per cent.  Additionally, maternal mortality had been significantly reduced, and improved sanitation and access to drinking water had been implemented.

On the new development agenda, he said it was critical to face the great threat of climate change, which triggered disasters and impacted people’s lives.  It was also urgent to amend existing financial architecture and international cooperation instruments so that they could respond to people’s needs efficiently and transparently.  The terms under which development assistance were granted should be renewed.  In that regard, he called upon the United Nations to maintain its resources and programs in Latin America, and specifically in Central America, regardless of the macroeconomic classification of the countries therein, stressing that a reduction in the Organization’s presence would only worsen economic and social problems in the region.

He went on to say that El Salvador had been raising awareness about the risks of irregular migration, especially to the United States.  However, the international community must help overcome the crisis generated by the increased flow of unaccompanied migrant children traveling to the United States, emphasizing that the Assembly must assume a more prominent role on the issue of migration, including it in the post-2015 development agenda.  The threat to public safety was another major challenge faced by his country, as it was for many others in the region.  He urged the international community to strengthen its support for El Salvador and Central America’s struggle against violence in all its forms.

He voiced deep regret about the loss of lives, particularly children, as a result of indiscriminate attacks in Gaza, and expressed concern about recent aggression from the self-proclaimed Islamic State against a defenceless civilian population.  As a proponent of human rights, his country had presented its candidacy to the Human Rights Council, which would hold elections during the current session of the Assembly.