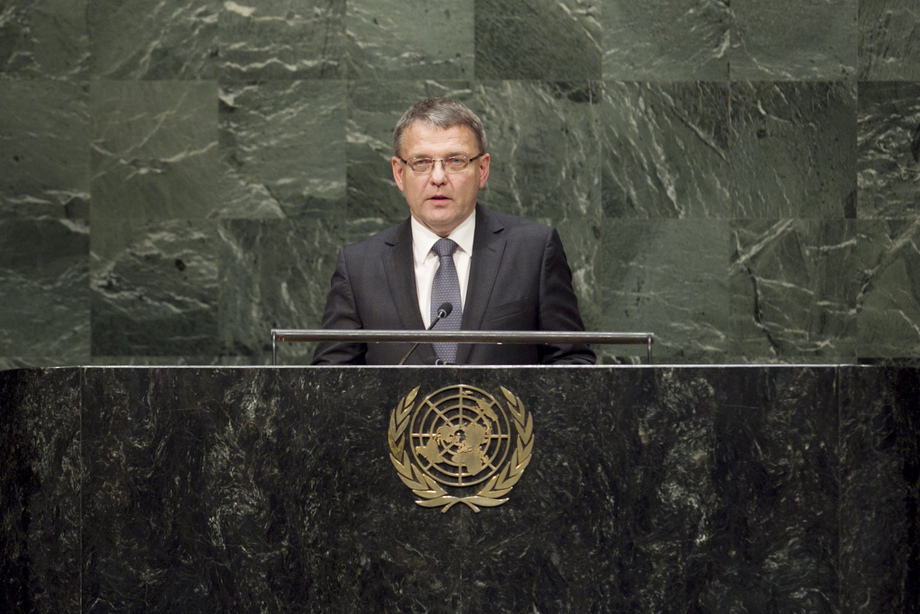 LUBOMÍR ZAORÍÁLEK, Minister for Foreign Affairs of the Czech Republic, said that while a large part of Europe had been spared from violent conflicts for almost 70 years, a part of it today was still at war.  The territorial integrity of Ukraine had been violated by the Russian Federation’s annexation of Crimea and the activities of the Russian-backed paramilitary separatist forces in eastern Ukraine.  In the Middle East, the security situation in northern Iraq had continued to worsen, with brutal acts of violence being committed by the so-called Islamic State.  Concerning Syria, he said the only way to achieve a stable peace in that war-torn country was through a negotiated political settlement between the Syrian Government and the democratic opposition.  With respect to the Israeli-Palestinian conflict, his Government had made an effort to provide humanitarian assistance to the victims.

In view of those armed conflicts, he said the international community must share the responsibility of protecting people from atrocities.  However, if it failed to do so, it was necessary to establish accountability for serious violations of human rights and of international humanitarian law.  With respect to violence against women and girls, all States should adopt urgent measures to prevent such abhorrent incidents.  As a supporter of the “Rights Up Front” initiative launched by the Secretary-General and a member of the Human Rights Council, his country had presented for the second time a consensual resolution on political participation.

Turning to the Assembly’s development agenda, he said the promotion of good governance, rule of law, human rights and the empowerment of women must remain as priorities.  Further, all countries — rich or poor — should be committed to creating a future that was economically viable and sustainable environmentally and socially.  In that regard, his country looked forward to being a member of the Economic and Social Council beginning in 2016.