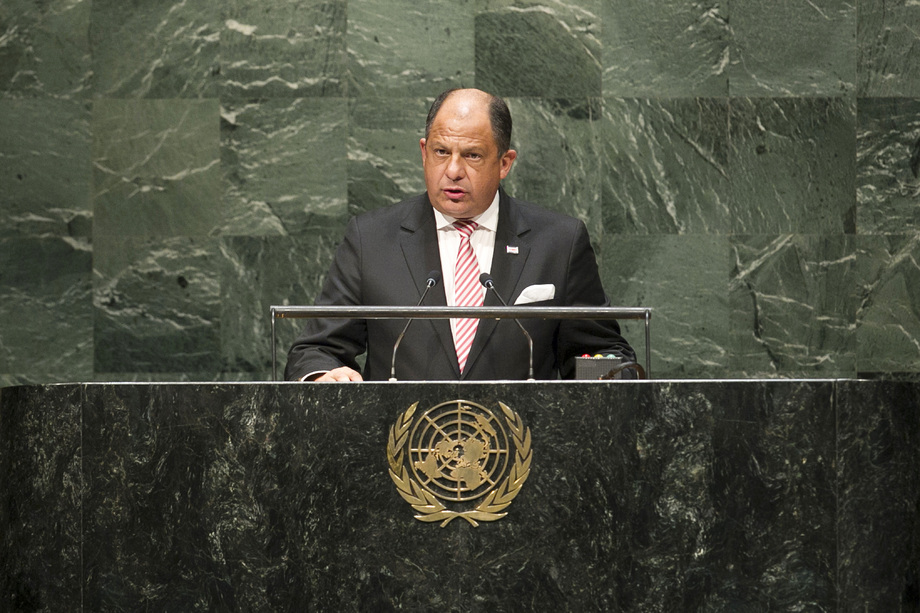 LUIS GUILLERMO SOLÍS RIVERA, President of Costa Rica, said that the whirlwinds of oppression and violence, anxiety, desperation and systematic violations of human rights affected many corners of the world.  The international community was witness to an upsurge in violence and armed confrontation, as well as an increase in despicable crimes and extremism, together with ever-increasing numbers of people displaced, humanitarian crises and deplorable acts that went unpunished.  Costa Ricans were not indifferent to the terror of armed conflicts, and less still to the suffering of the millions victimized by its most abject manifestations.  Conflicts that tormented the world often emerged from fragile States and their institutions.  Also present were poverty, corruption and impunity, as well as serious human rights violations.  No conflict erupted as without warning, as all showed clear signs of unrest.  In some cases, the threat was identified but no action was taken due to lack of consensus, such as in Syria.  Or, the danger was not acknowledged in time, such as in South Sudan.

He said that all States should resolve their international conflicts peacefully, in compliance with the United Nations Charter and in strict accordance with international laws and agreements.  Peace could not take root where there was impunity, and when war crimes, genocide and crimes against humanity were committed, those responsible must be investigated and tried, ultimately by the International Criminal Court, when national justice proved insufficient.

Maintaining international peace and security also required strengthening the Security Council, he said, stressing his country’s objection to the use of the veto for obstructing measures that sought to avoid resolution of conflicts.  Costa Ricans were amazed at the way some permanent members of the Council cited support for sovereignty in blocking the Council’s intervention at a moment when it should have been acting to prevent rivers from turning red with blood — the blood of innocent victims.  Silence was not an option, he said, condemning the indiscriminate rocket attacks on Israel by Hamas and its use of human shields.  He also condemned Israel’s use of disproportionate force.  He demanded respect for the Gaza ceasefire along with negotiation of a permanent solution.

He repudiated the transfer of conventional weapons into existing conflict zones, he said, also deploring the use of explosive weapons in densely populated areas of Syria, Gaza and east Ukraine.  He called on States to urgently develop stricter rules and commitments to prohibit and restrict those weapons’ use.  He also condemned the use of cluster munitions, and rejected the development and possession of nuclear weapons.

Touching on other matters of concern, he said there could be no peace without sustainable development, or as long as there was poverty.  Further, the world now faced the most serious threat in the history of mankind — climate change — a threat to the very survival of the species.  He, thus, demanded robust actions by those countries that contributed the most to global warming.  In closing, he stressed that hope must prevail:  in times of fear, there should be assurance; in times of conflict, peace.  At times of rejection and prejudice from others, a kind and welcoming embrace between fellow human beings.  At times of death, life.