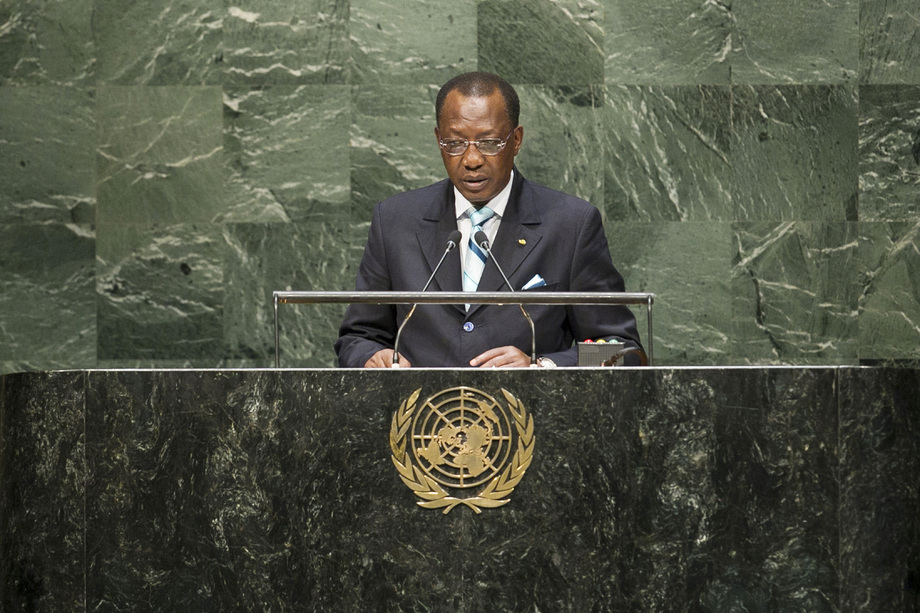 IDRISS DEBY ITNO, President of Chad, said that development through attempts to achieve the Millennium Development Goals had not produced the expected results from many States.  Among the main causes for that shortfall included weakness of solidarity in financing those goals and not adapting them to the concerns and realities of Africa.  Setbacks were also due to the many global crises that arose, such as the financial, food, environmental and security crises.

Unfortunately, on the eve of the important post-2015 meeting, the same security risks remained, he said.  Armed conflicts and terrorism were becoming constant threats in many areas in Africa, aggravated by migration that deprived Africa of its strong working people.  It was necessary then to join efforts to respond to those challenges which were dangerously compromising the future of the continent.

African countries needed to take on their own security by implementing laws that ensured security at the national, regional and continental levels, he continued.  The countries of the Sahel, namely Burkina Faso, Mali, Mauritania, Niger and Chad, were mobilized through the Sahel “G5” Group to build a strong system of good governance, security and peace.  The security of one country or region was linked to the development of its neighbours, and thus, of the entire continent.

There was a regional and continental will to respond to terrorism, which was progressively gaining ground in Africa, he said, calling on the countries of the Lake Chad mission to bring the joint multinational force into action to combat Boko Haram.  His country continued to contribute to peace and reconciliation in Africa, and among others, welcomed the holding of the Brazzaville Forum on reconciliation and inclusive dialogue between central African brothers.

Chad would continue to support the processes of dialogue and reconciliation throughout Africa, he said.  Regarding the new Libya, which had barely begun to exist after the fall of Qadhafi’s regime, the violence had doubled in intensity and populations lived in constant fear.  However, Libyans must resolutely commit to a political resolution process, which was the only proper path to ensure peace, unity and territorial integrity for Libya.  Chad, as well as Nigeria, Sudan and the Central African Republic, had welcomed hundreds of thousands of refugees who had fled armed conflicts or terrorist threats.  There were more than 500,000 refugees from neighbouring countries in Chad, including many repatriated Chadians and displaced Chadians.

Regarding the Ebola virus, he said the international community must act quickly, as the disease knew no borders.  He went on to reiterate that peace, stability and development were intrinsically linked.  However, those universal principles were not often respected, especially by the Powers of the world.  Such was the case with the International Criminal Court, which seemed to practise double standards and only pursued the weak:  80 per cent of those pursued were Africans.

He concluded, underscoring that Chad would continue to work to consolidate the rule of law and good governance through reform of its institutions, creating jobs for youth, and combating poverty and food insecurity.