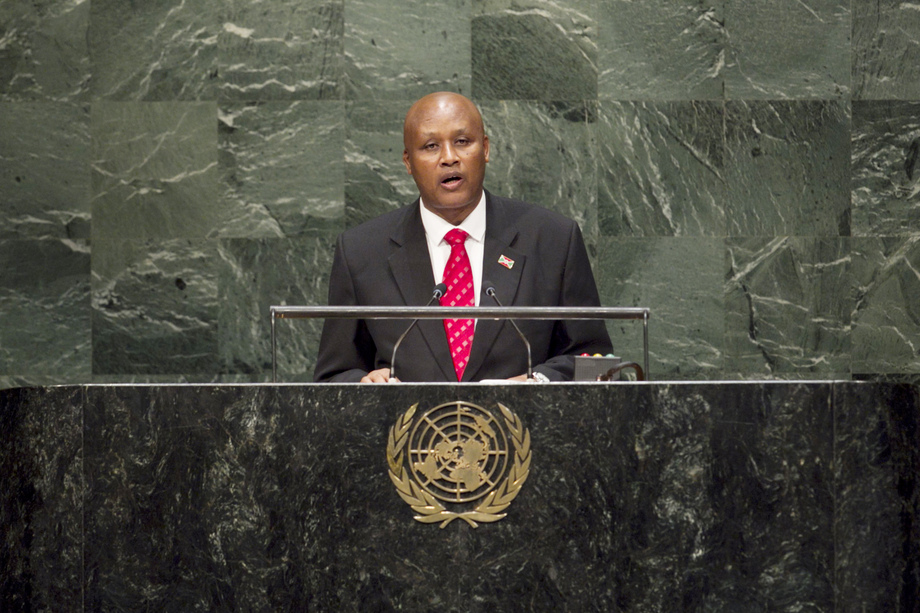 PROSPER BAZOMBANZA, Vice-President of Burundi, said the Millennium Development Goals had formed a pact of global solidarity in the economic and social fields.  While countries had varying experiences, it would be wrong to abandon the Goals and to start from scratch.  Continued reform must be pursued, especially in areas that had led to unprecedented progress.  That approach would help to define the objectives for the post-2015 development agenda.  Despite challenges, his country had made undeniable progress in the areas of education and health care, especially as they related to young girls and women.

His Government was preparing for the upcoming presidential and general elections, scheduled to begin in May 2015, he said.  Owing to the adoption of a road map for the various political parties, the elections should be transparent, free and democratic.  Parliament already had adopted the electoral code.  The Independent National Electoral Commission announced the elections schedule last June.  Among his Government’s efforts towards good governance was a law passed by Parliament to set up a Truth and Reconciliation Commission under the 2000 Arusha Agreement.  Consultations were under way for the election of its 11 commissioners.  In addition, an ad hoc committee for the selection of candidates had been established by general consensus.

As for the consolidation of aid to Burundi, he noted that the mandate of the United Nations Office in Burundi would complete its term on 31 December of this year, and responsibility would be transferred to the United Nations Country Team.  The Joint Transition Programme was presented to the authorized body in May, in the Burundi offices.  A joint steering committee and a technical transition team had taken office.

On economic affairs, he said Burundi held two industry conferences in 2013 on priority areas, which produced  mixed results.  In that regard, he appealed to partners represented in the Assembly to honour the commitments made at the 2012 conference in Geneva.  After 2015, Burundi would focus on good governance, inequality, economic growth and employment, access to basic social services and food security, and redouble its efforts to safeguard the principles of the Millennium Declaration.