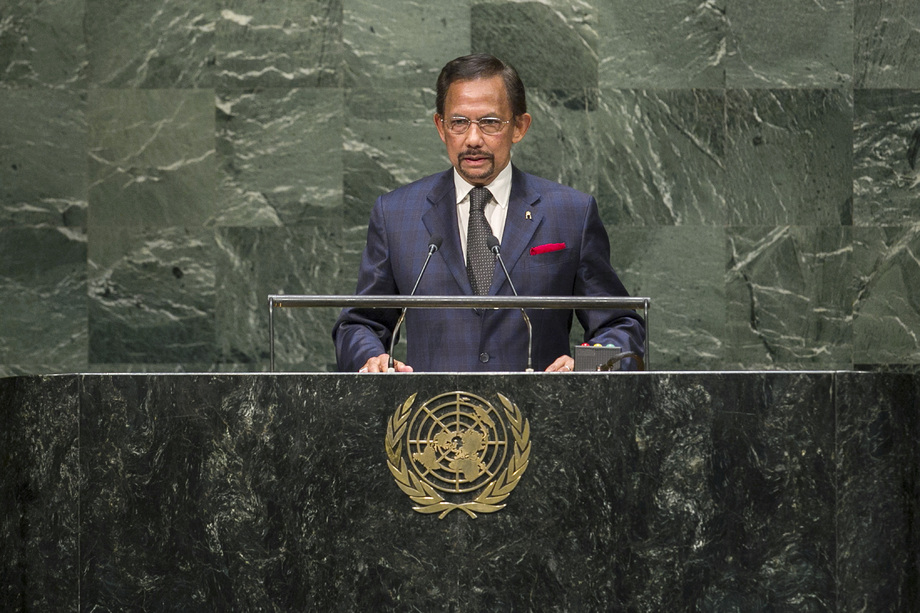 HASSANAL BOLKIAH MU'IZZADDIN WADDAULAH, Sultan of Brunei Darussalam, said that 2014 marked the thirtieth anniversary of its membership to the United Nations. On the Millennium Development Goals, his nation had contributed to training and capacity-building through measures of the Association of South-East Asian Nations (ASEAN), such as the “Initiative for ASEAN Integration” and an “English Enrichment Programme for ASEAN”. On the post-2015 development agenda, he welcomed the future direction emphasizing the importance of human development, one which was inclusive, people-centred and sustainable. Those elements were integral to Brunei Darussalam’s National Vision 2035.

Citing unanimous conviction on the importance of protecting the environment, he welcomed the convening of the United Nations Climate Summit in galvanizing support to address the impact of climate change and ensuring a transformative post-2015 development agenda. His Government was concerned with security developments in many parts of the world. For its part, his nation had participated in United Nations peacekeeping, specifically the United Nations Interim Force in Lebanon (UNIFIL) and international peace monitoring missions in the southern Philippines.

Global efforts in realizing the Millennium Goals would be in vain if, at the same time, the international community disregarded commitments to pursue the peaceful means of settling disputes as enshrined in the Organization’s Charter, he said. Disaster management was among the matters of importance to his country. In that context, in 2013 his nation hosted a humanitarian and disaster relief exercise to train military personnel of big and small nations in the Asia-Pacific. On Palestine, freedom and justice was long overdue, he said.