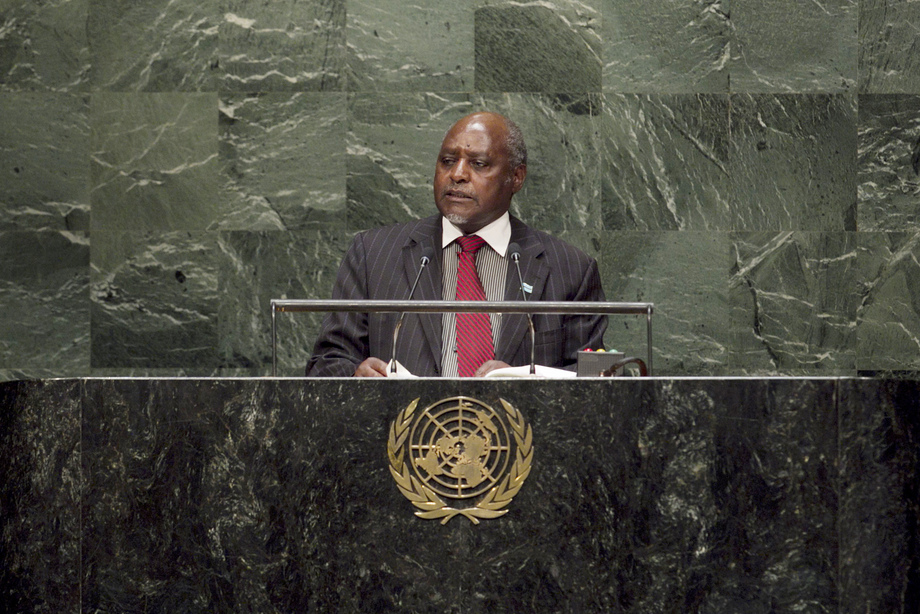 PHANDU T.C. SKELEMANI, Minister for Foreign Affairs and International Cooperation of Botswana, said that, while his country had made impressive gains in the implementation of the Millennium Development Goals, it was not without enormous challenges, particularly those posed by resource and capacity constraints. Nonetheless, the Government had strived to improve its citizens' quality of life by allocating a substantial percentage of its budget to sectors such as education, health, infrastructure, development of human capital, women and youth empowerment. Botswana would also participate in the elaboration of the post-2015 development agenda, wherein the challenges faced by landlocked developing countries, such as his own, should be made a primary consideration.

He voiced grave concern about the increasing trend of instability, insecurity and violent conflict in various parts of the world. The Israeli-Palestinian conflict, as well as the protracted brutal war in Syria, defied human imagination. In Africa, the frequent eruption of violent conflict in certain parts of the country, particularly in South Sudan and the Central African Republic, were distressing. Iraq was also under siege of terrorist groups, which threatened not only the stability and security of the Middle East, but also the maintenance of international peace and security at large. States' failure to protect populations from impunity, war crimes and crimes against humanity was, in effect, their inadvertent acquiescence in the annihilation of future generations. It was, therefore, incumbent upon members of the Security Council to demonstrate exemplary leadership and a genuine regard for their responsibility, to maintain international peace and security as mandated by the United Nations Charter.

He also voiced deep concern that some permanent members of the Council had consistently thwarted others' efforts to find lasting solutions to conflict situations. The Council's failure in May of this year to adopt a resolution seeking to refer the situation in Syria to the International Criminal Court was nothing short of a travesty of international criminal justice. Botswana supported the independence and credibility of the Court, which was the only existing international mechanism available for the investigation and prosecution of genocide, war crimes, crimes against humanity and the crime of aggression. As such, the role of the Security Council in facilitating the Court's work could not be overemphasized.