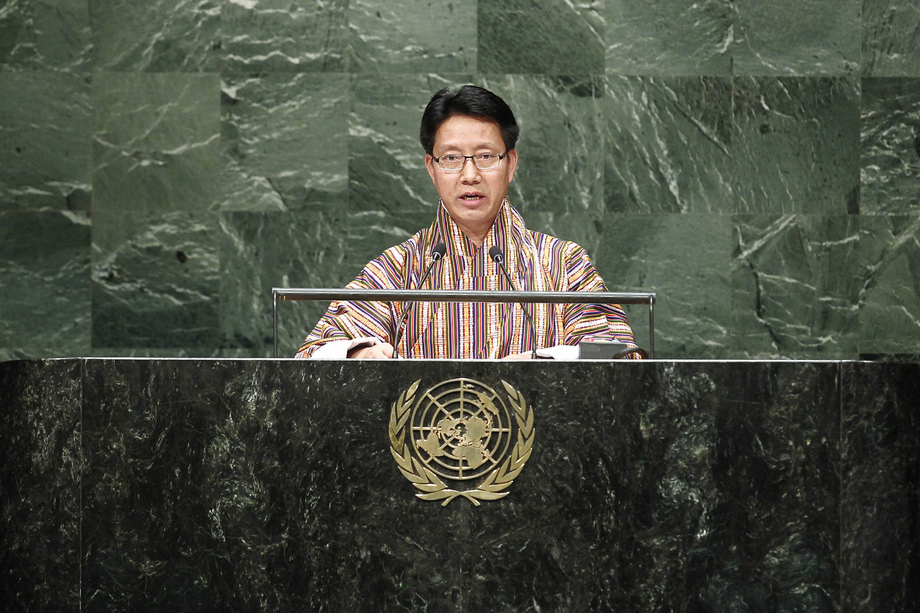 Lyonpo Rinzin Dorje, Minister for Foreign Affairs of Bhutan, shared some lessons his country had learned with respect to development, noting that, while they may not be universal, certain principles might have relevance.  First, he said, development must be guided by a clear home-grown vision that placed people’s welfare and happiness as its central objective.  Second, good governance was critical to unlocking the potential of a country and its people to pursue effective development and peace.  Third, within the broader development objective, the eradication of poverty must remain an overarching pursuit.  Fourth, strong partnerships were essential to delivering the post-2015 agenda.  Finally, he said, conservation of the environment for sustainability was critical, stressing that, if the basic necessities of life, such as air, food and water, were polluted or contaminated, then none of the higher-order needs in life, such as education, health care or employment, could be met.

Noting that efforts to reform the Security Council remained in deadlock, he said that while a consensus decision was the most desirable way forward in multilateralism, the international community must not allow the absence of consensus to obstruct progress indefinitely, especially in the area of peace and security.