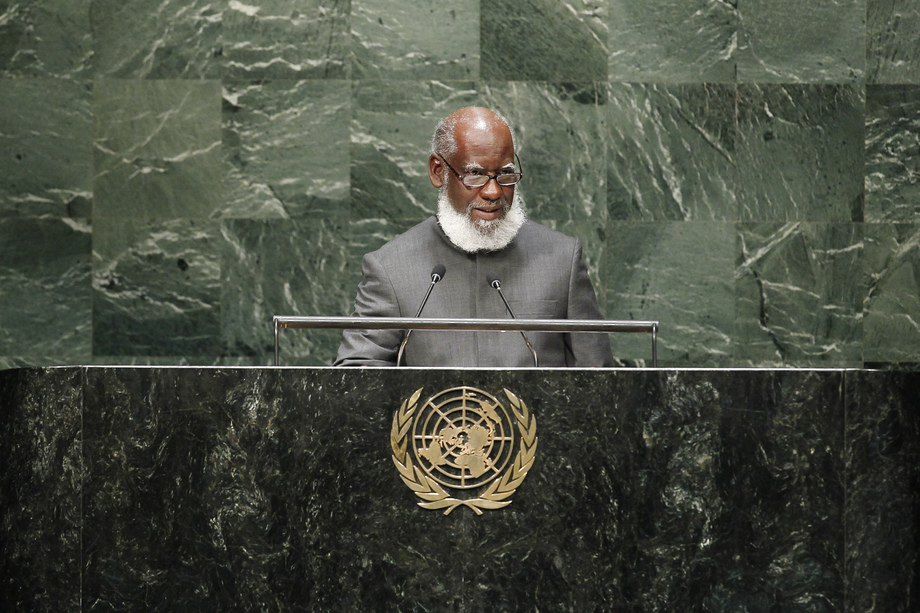 WILFRED ELRINGTON, Attorney General and Minister for Foreign Affairs and Foreign Trade of Belize, said that sustained and inclusive economic growth and safeguarding the future of the planet — aimed at sustainable development with the eradication of poverty and hunger at its core — were imperatives for his country.  “[W]e must inspire and equip all actors in our societies with the requisite tools to shoulder their responsibilities and partake in the dividends of sustainable economic growth with equity and social justice,” he said.  However, without cooperation and support from developed Member States, multilateral agencies and reformed policies of the international financial institutions, his country’s efforts to attain the post-2015 development agenda would be stymied.

He welcomed adoption of General Assembly resolution A/RES/304 on sovereign debt restructuring, expressing hope it would lead to a multilateral treaty that would increase the efficiency and stability of the international financial system.  Climate change was the most pernicious of mankind’s problems, and while there was consensus as to its causes and cure, the political will to take urgent action to combat it was lacking from the major emitters.  The cost of mitigating the damage in his country and of adaptation was prohibitive.  The large emitters must commit to capping global warming at 1.5˚C above pre-industrial levels.

Among domestic initiatives was a programme of infrastructure works, which would lead to better transport of goods produced in his country, while providing employment for many young people, he said.  And while the Government spent 26 per cent of its budget on transforming an inherited colonial educational system to one that met the needs of an independent twenty-first century country, that was not nearly enough.  Thirteen per cent of the budget went to the health sector and aimed first at prevention.  On the role of women and girls, he called for support of their financial health based on the Beijing Platform for Action.  In closing, he said that it was a false dichotomy to pit development against the environment, which was why the world must embrace the sustainable development approach.