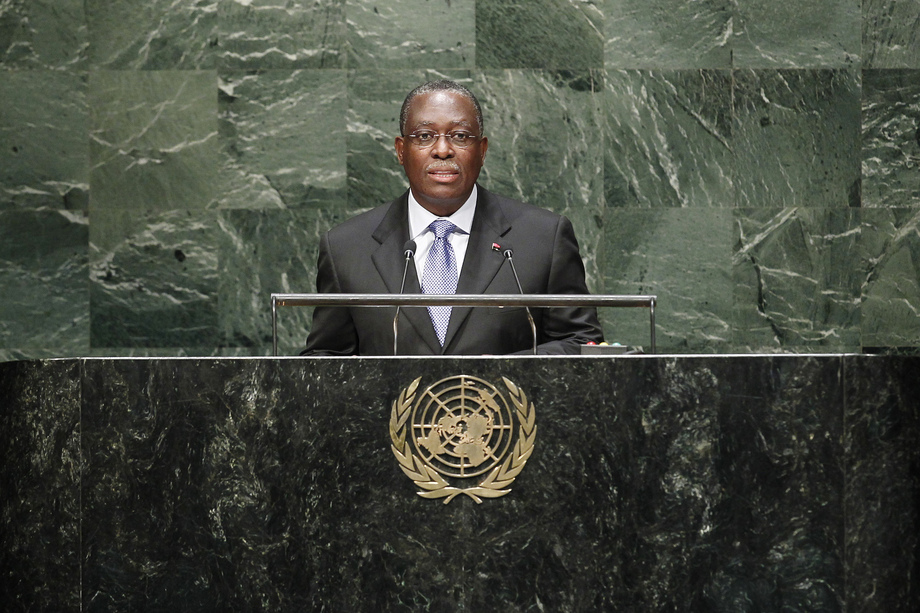 MANUEL DOMINGOS VICENTE, Vice-President of Angola, encouraged the Organization to pay special attention to the resurgence of armed conflicts, among other areas.  In that context, he condemned acts committed by terrorist groups and expressed support for efforts towards their neutralization and towards strengthening the United Nations crisis management capacity, emphasizing that dialogue and negotiation were the best means of resolving conflicts.  He also noted his country's role in the peace processes in the Democratic Republic of the Congo, Central African Republic and the Great Lakes region.  He then expressed concern at the Ebola epidemic, which required a decisive commitment from the international community.

He said that the Security Council must reflect equitable geographical representation by increasing the number of permanent members, and reiterated the right of the African continent to such status.  Lamenting the lack of progress in the Israeli-Palestinian conflict, he said it was a major cause of instability in the Middle East and a root cause of the resurgence of terrorism in the region.  He called for political will from both parties, and encouraged the Secretary-General and the United States Secretary of State to continue mediation efforts.  He also called for dialogue between the parties in the Ukraine crisis to find a political solution.  Noting some progress in the situation in Somalia and South Sudan, he urged their authorities and the international community to continue efforts towards stabilization.

Turning to the Millennium Development Goals, he said that developing economies continued to face barriers to economic growth caused by the global economic and financial crisis, but noted that, even so, African countries could boast an average annual growth rate of 5 per cent and improvements in several human development indicators.  Angola's national development plan for 2013-2017 focused on providing social services to the population, diversifying the economy and consolidating macroeconomic stability.  In closing, he expressed appreciation to those countries supporting Angola's candidature as a non-permanent member of the Security Council, stating that, in that post, it would work with partners to contribute to the world's peace and security.