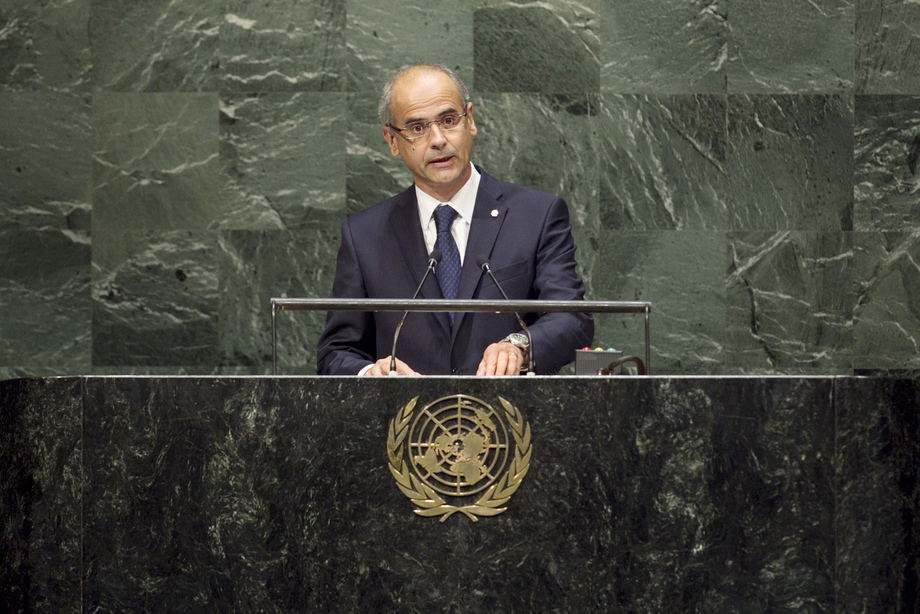 ANTONI MARTÍ PETIT, Head of Government of Andorra, said that this year marked 100 years since the beginning of the First World War.  Countries’ foreign activities, focused exclusively on national interests, had proven to be the cause of conflicts, with the two World Wars highlighting the need for a global order to ensure peace and security.  He went on to say that the situations in Palestine and Ukraine would not be resolved with a partial or short-term perspective.  Any solution that steered away from the United Nations founding principles would be unstable, and would only lead to a new conflict.

He said that the appearance of the Islamic State in Syria and Iraq required urgent attention.  There could be no justification for the group’s criminal acts of barbarism and terrorism, for murdering innocent people in cold blood.  Nor was there room for inaction or impunity, and with that, he urged the international community to respond to the threat of foreign combatants.

Speaking on the essential role of education, he highlighted the need for a vision that integrated long-term thinking.  The only way to achieve global awareness of the United Nations values was through education, which he called the best “weapon against hate and violence”.  His Government prioritized education in its activities at home and abroad, and was proud of its participation in the Global Education First Initiative.  Noting the two-fold focus on education, local and global, he said that cooperation among States strengthened the quality of education systems.

Concerning climate change, he spoke about his country’s first-hand experience of its effects, with global warming jeopardizing its tourism sector.  His Government was working with its citizens through education, awareness-raising and policies to reduce the climate impact.  But that was not enough, he warned.  National environmental policies were important, but to limit carbon dioxide emissions, there must be a global commitment and an effective implementation of all pledges.  The international community had a year to prepare for the Paris conference and to mobilize its efforts, he concluded.