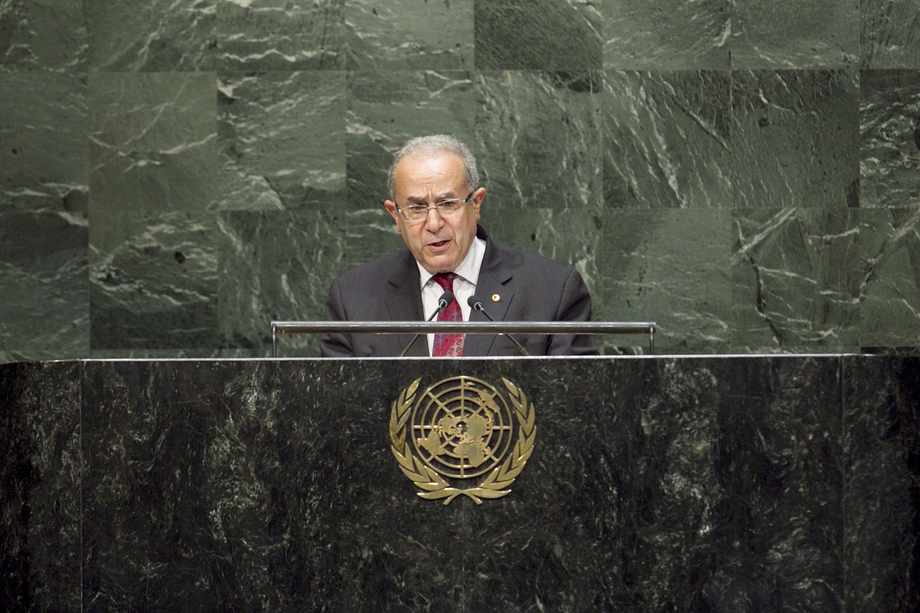 RAMTANE LAMAMRA, Minister for Foreign Affairs of Algeria, said the Non-Aligned Movement had reaffirmed the right to development and the need to eradicate poverty, which were central to the post-2015 development agenda.  The agenda also should include responses to desertification and access to genetic resources.  Algeria coordinated the movement on revitalization of the General Assembly and would work with the African Union “C-10” group on Security Council reform, which was vital to redress historical injustices suffered by the African continent.  He also advocated strengthening of African Union-United Nations partnerships, particularly on conflict response.  He looked forward to the review of the question of Western Sahara, stressing support for the inalienable right of the people there to self-determination as well as for regional integration.

He described President Abdelaziz Bouteflika’s five-year plan, which hinged on factors including modernizing democracy, reform of the judiciary and strengthening of gender equality.  Investments would be made in sectors such as agriculture, energy, and the environment.  Algeria’s commitment to international partnerships meant rejection of unilateral measures like the embargo imposed on Cuba.  He urged international assistance for African countries hit by the Ebola epidemic, and noted Algeria’s cooperation on African peace and security matters.  The Algiers Process had helped to launch substantive negotiations between Mali’s Government and movements in the North, while a two-fold Algerian initiative in Libya aimed to foster dialogue, national reconciliation and institution-building.

He urged expanded efforts to thwart terrorism in the Sahel region,  promising cooperation as co-chair of the working group on the Sahel.  There was a need for borders to be secured and abductions to be prevented, as demonstrated clearly by the crises in Iraq and Syria and the recent killing of a French citizen in Algeria.  Noting the outcome of the high-level Security Council meeting on terrorism and foreign combatants, he turned to the question of Palestine, calling for justice in finding a solution.  The Ninth Conference of Parties to the Treaty on the Non-Proliferation of Nuclear Weapons (NPT) was set to focus on the close relationship between disarmament, non-proliferation and the peaceful use of atomic energy.  He concluded by highlighting Algeria’s participation in the Human Rights Council and its national legislation to improve rights and equality.