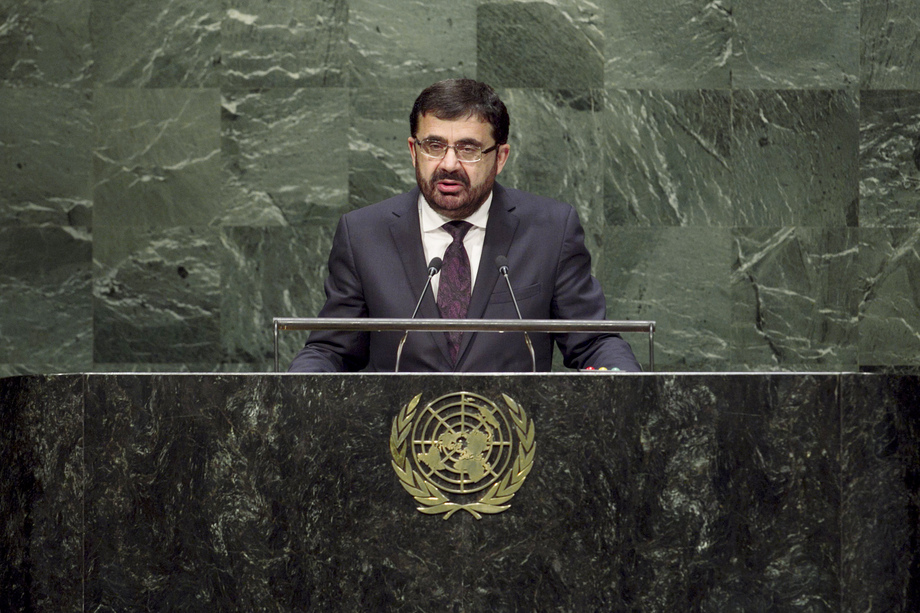 ZARAR AHMAD OSMANI, Minister for Foreign Affairs of Afghanistan, said that his country had achieved a significant milestone with the successful conclusion of the presidential election, including the recounting of votes.  He was confident that the new Government, with the full backing of a vast majority of Afghans, would strive to bring about political, security and socioeconomic prosperity to the country, the region and beyond.

Speaking on extremism and terrorism, he said that despite some tangible results, that phenomenon remained a threat to the security, development and peace in his country and the region.  The Afghan forces were providing security independently across the country despite increasing acts of terrorism, which were supported by terrorists outside Afghanistan’s borders.  He added that his country strongly believed in good relations with neighbouring Pakistan, but, at the same time, was seriously concerned about the rocket attacks by Pakistani forces.

On Millennium Development Goals, he commended the progress made in achieving most of the targets, particularly those related to health and universal primary education.  Afghanistan was committed to achieving most of the Goals by 2020 and considered the post-2015 agenda its top priority.  Moving to the Middle East, he expressed his Government’s full support for the establishment of an independent Palestinian State with East Jerusalem as its capital, and for a political resolution in Syria, reached through a broad-based national dialogue that met the aspirations of all Syrians.