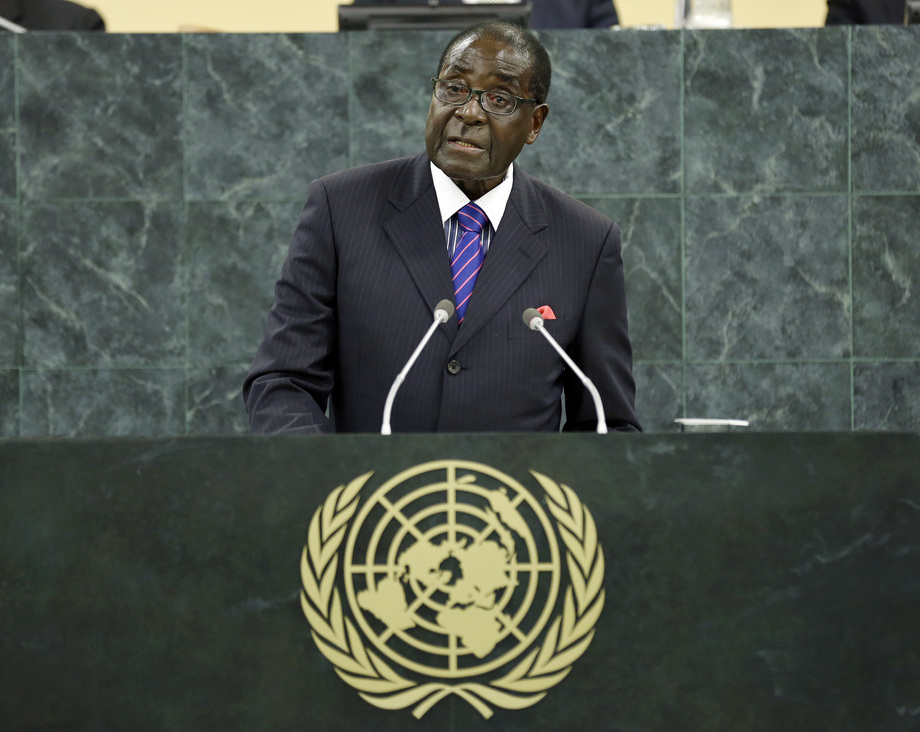 ROBERT MUGABE, President of Zimbabwe, said that, due to a lack of capacity, mainly financial, his country’s progress had stalled in the areas of eradication of poverty and hunger, child mortality, universal access to maternal and reproductive health, and access to potable water and sanitation. The post-2015 development agenda must go beyond the social development agenda of the Millennium Goals, to structurally transform the global economy to deliver inclusive and sustainable growth. “We expect a shift that would bring about industrialization, decent jobs and qualitative change to the lives of our citizens,” he said, adding that Zimbabwe could not do so in isolation from other partners.

He commented that Member States must collectively address challenges that developing countries faced in their pursuit of development. Commitments aimed at supporting Africa in achieving development goals must be adhered, and the United Nations must promote multilateralism to deliver efficient development cooperation, he said. The democratic transformation of the international financial system would also help reform the international trading system responsible for “hugely burdening developing countries for too long”.

He said that the Security Council’s increasing encroachment on issues that traditionally fell within the General Assembly purview was unacceptable, especially in the area of norm setting. Indeed, recent events had revealed that the Assembly’s formal decisions had provided “camouflage to neo-imperialist forces of aggression”, seeking military intervention in smaller countries. Such was the case in Libya, where, in the name of protecting civilians, forces were deployed with an undeclared mission to eliminate Colonel Muammar Qadhafi. Such illegal action was reminiscent of a similar campaign undertaken to invade Iraq in the name of eradicating weapons of mass destruction which it never possessed, he said.

On Syria, he supported consultations on the destruction of chemical weapons and applauded Russia and China for their “principled stand”. Syrians, he said, must sit to discuss peace and desired political reform, but western countries pretending to be advocates of democracy in pursuit of hegemony must be resisted. Calling on reform of the Security Council, he asked: How long must Africa be denied the right to play a pivotal role in the organ as it decided measures on conflicts within its own borders? The Council must be democratic, transparent and accessible to the wider membership of the United Nations. Africa’s case of the glaring historical injustice of being unrepresented and underrepresented had been made clear in the Ezulwini Consensus.

Further, he strongly condemned the economic sanctions imposed on Zimbabwe by the United States and European Union, saying they violated United Nations fundamental principles on State sovereignty and non-interference in domestic affairs. Causing economic deprivation and suffering to all Zimbabweans, constituted a form of hostility and violence for taking back control of land through the land reform programme, he said. Zimbabwe was for the Zimbabweans, he declared, calling on the United States, United Kingdom and its allies to remove sanctions. He noted that Zimbabweans took up arms to achieve freedom and democracy, which the United States and the West preached about daily, yet the United States tried to affect regime change in his country, most recently with the rejection of last July’s fair elections. The African Union and other regional organizations had legitimized the results, he said. Western detractors would not define democracy for Zimbabwe, he stressed. Having paid the ultimate price for freedom, Zimbabwe would never relinquish its sovereignty and would never be a colony again.