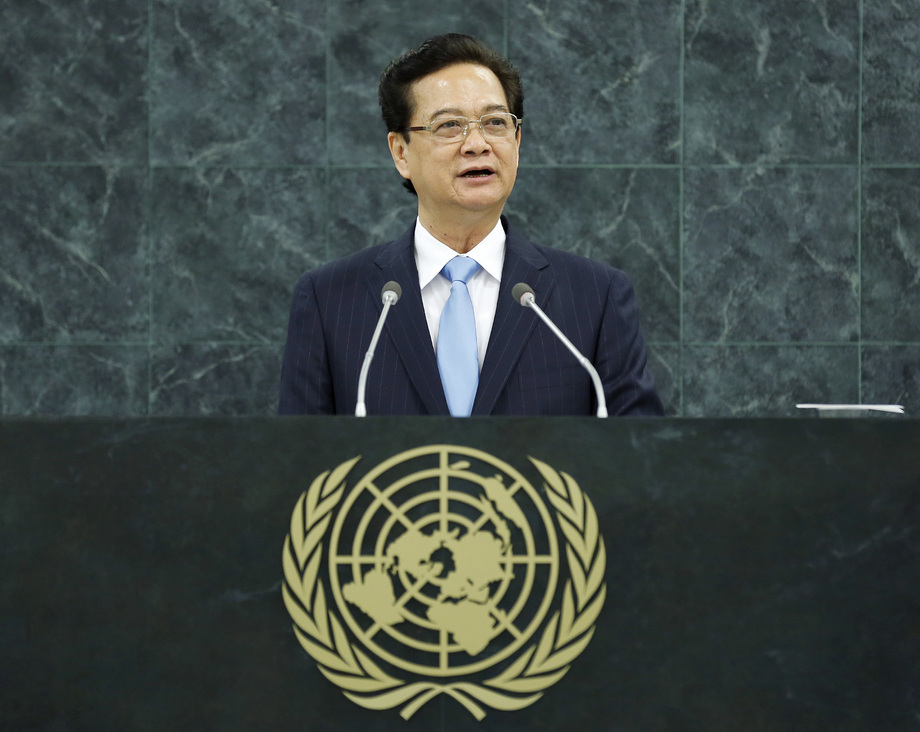 NGUYEN TAN DUNG, Prime Minister of Viet Nam, expressed grave concern over the violence in the Middle East and North Africa. The use of chemical weapons in Syria should be strongly condemned. It was vital to give peace every possible chance, and to eliminate such weapons, in line with international law and United Nations resolutions. The Korean peninsula was fraught with unpredictable developments, and territorial disputes continued in the East China Sea and the East Sea of Viet Nam. A single incident or ill-conceived act could trigger conflict or, worse, war, he warned. Trust among nations must be fostered through honesty, sincerity and concrete actions, such as the lifting of the arms embargo against Cuba or the recognition of the Palestinian people’s right to self-determination, he said. The Security Council’s role must be promoted as the fulcrum for building consensus in order to prompt all nations to join hands in preserving peace. He expressed regret that the gap between rich and poor continued to widen, and that more than 1 billion people still lived in extreme poverty. Global warming, rising sea levels, unpredictable weather and natural disasters caused by deforestation, the exhaustive exploitation of natural resources, and pollution had made poorer nations further destitute. “We must rally together to escape poverty, fight disease, protect the environment, respond to natural disasters and build a greener and more just world,” he said. Urging the global community to craft an ambitious post-2015 development agenda and a road map to enable poorer nations to participate in international agreements and institutions, he that his country had integrated the Millennium Development Goals into its national development strategies. It had balanced economic development with social security, and received an award from the Food and Agriculture Organization (FAO) for outstanding achievements in poverty reduction. In tackling poverty, Viet Nam had focused on improving health care, education and communications, particularly in remote, underdeveloped communities. The country was also working with other Asian nations to bolster the Association of Southeast Asian Nations (ASEAN) community. Viet Nam stood ready to join United Nations peacekeeping operations, he said. It was also willing to share its resources and experience as a tribute to friends everywhere who had helped in its struggle for independence, unification and poverty reduction. Viet Nam had transformed itself from a country plagued by chronic hunger into a leading rice exporter. It had achieved food security and was helping other nations such as Cuba, Mozambique, Angola, Mali, Madagascar and Myanmar become self-reliant in food production, he said, asking developed countries and international organizations to support similar programmes.