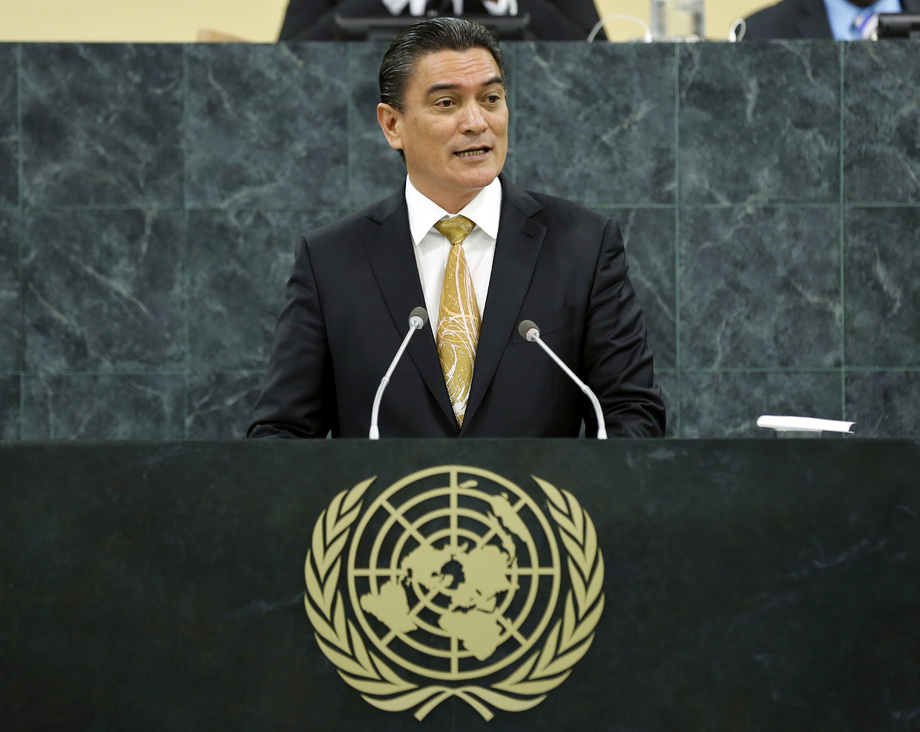 MOANA CARCASSES KALOSIL, Prime Minister of Vanuatu, recalled his country’s long-standing commitment to speak out in the Assembly against colonialism and neo-imperialism. “And again today, I stand here once more, on behalf of the entire population of our archipelago, to speak for those who are still living in the colonized territories,” he said, while welcoming the positive steps taken towards recognizing the inalienable right of French Polynesia to self-determination, as well as the discussions on New Caledonia.

He then turned to the question of West Papua and the need — as stressed by Secretary—General Ban Ki-moon during his 2012 visit — to ensure the population’s human rights were respected. “It is clear from many historical records that the Melanesian people of West Papua were the scapegoats of cold war politics and were sacrificed to gratify the appetite for natural resources which this country possesses,” he said. Member States of the United Nations, subscribing to the principles of democracy, good governance, human rights, accountability and the rule of law, and in the age of technology, in which nothing could be hidden from the attention of civil society and Government, could not ignore the issue of West Papua.

Since independence, he continued, the indigenous people of Vanuatu were still concerned that France still held on to part of their maritime and cultural jurisdiction, including Umaenupne (Mathew) and Leka (Hunter) islands. Of paramount importance, the islands formed the basis for the establishment of Vanuatu’s unique cultural framework, connecting the cultural island group known as the Tafea islands. He called on the United Nations to uphold the principles of respect for the right of indigenous peoples and their livelihoods, and on France to allow the indigenous people of Tafea to access to the land of their forefathers.

Turning to the post-2015 development agenda, he said it compelled a rethink of global partnership structures and national priorities, as well as action to better achieve the targets. An integrated and balanced approach was therefore required in the social, economic and environmental dimensions. Vanuatu was committed to tackling climate change, seeking renewable energy sources and pursuing sustainable development. He called for the urgent fulfilment of financial pledges, considering the fast pace of climate-change-induced impacts on small island developing States.

He also underlined his country’s commitment to building stronger resilience against vulnerabilities, which would entail a “quantum leap” in national infrastructure development, involving new roads, wharfs and airports. Those would enable, among other things, greater integration of the rural population into the national economy. “All our development initiatives must be inclusive and not leave behind the poor and the marginalized,” he emphasized. He concluded by highlighting measures taken to ensure gender equality and women’s empowerment.