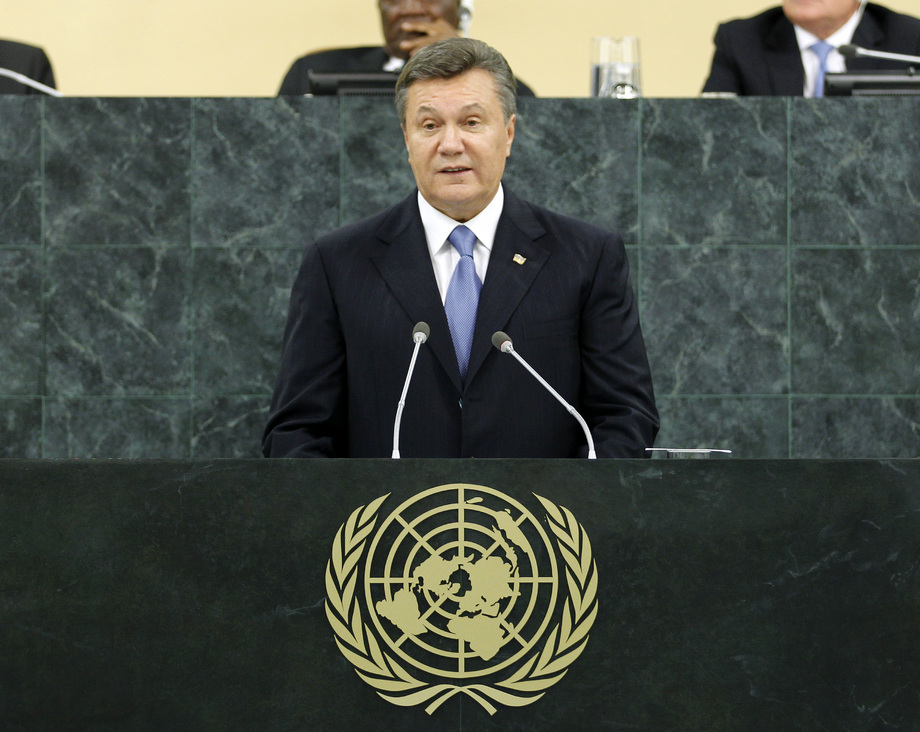 VIKTOR YANUKOVYCH, President of Ukraine, emphasized the urgency of setting the post-2015 development agenda. The theme of sustainable energy was of particular significance to Ukraine, he said, adding that an inclusive approach was needed to ensure comprehensive consideration of security, social and environmental aspects. Meanwhile, Ukraine was making significant progress in achieving the Millennium Development Goals, thanks to a series of social, economic, democratic and legal reforms. Describing the country’s European integration aspirations as the “determining vector” for its development, he believed that the signing in November of the Association Agreement between Ukraine and the European Union would assist the country in achieving development goals. He said that sustainable development was impossible without international security. Syria was one of the most painful security problems in the world today, and the international community must do more to assist the Syrian people. He welcomed the plan produced by the Russian Federation and the United States to control Syria’s chemical weapons, saying that would leave space for the political and democratic settlement of the conflict. He also drew attention to the issue of cyberspace security, stressing the need to strengthen control over the use of Internet and cyberspace for criminal or other dangerous purposes. Next year, he noted, would mark the twentieth anniversary of Ukraine’s accession to the Treaty on the Non-Proliferation of Nuclear Weapons. By ridding itself of the world’s third-largest nuclear arsenal, Ukraine had made an unprecedented contribution to global nuclear disarmament. Considering recent alarming trends in nuclear proliferation, his country would initiate a thematic conference on the topic during the current General Assembly session. He reiterated his insistence that security assurances for the States that gave up their nuclear arsenals and countries that did not take part in such military unions must be reflected in a “legally binding international document”. As a maritime State, Ukraine had been making efforts to secure navigation safety and combat piracy at sea, he said, adding its intention to contribute further to strengthening peace by actively participating in United Nations missions in hot spots around the world. In the past two decades, it had taken part in more than 20 such operations. Along with other troop contributors, Ukraine was working on existing problems related to peacekeeping activities, particularly regarding the mobility and safety of air operations, legal protection of peacekeepers and investigation of crimes committed against them. Expressing support for the Assembly President’s determination to advance United Nations reform, he said it was critically important to achieve early progress in the modernization of the Security Council, adding that that must account for the legitimate interests of all regional groups including the Eastern European group. That region should be allocated one additional seat of non-permanent membership in the enlarged Council, he said, meanwhile calling for support for Ukraine’s candidacy in the Council for 2016-2017.