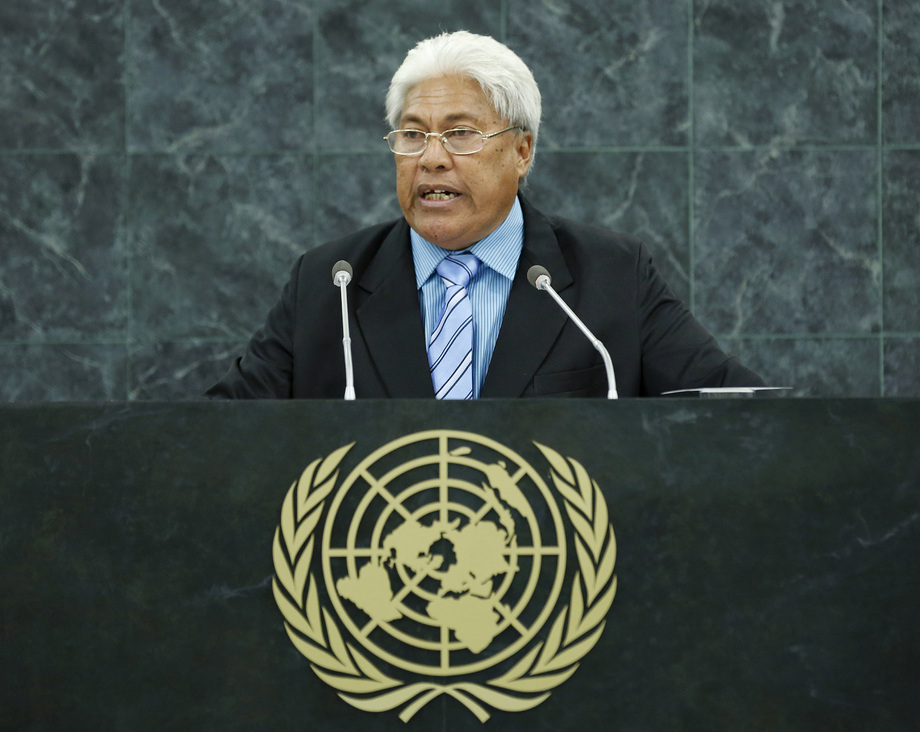 VETE SAKAIO, Deputy Prime minister of Tuvalu, announced that the new Government’s road map was focused on the provision of vital basic services, strengthening good governance and enhancing local capacity to address the country’s unique vulnerabilities, as well as responding effectively to climate change. Recognizing the contribution to the achievements of the United Nations goals made by the Republic of China (Taiwan), he asked for its participation in United Nations agencies. He also reiterated support for lifting the embargo against Cuba.

He noted that, according to the 2012 report on the Millennium Development Goals, Tuvalu was on track on four — primary education, child mortality, maternal health and global partnerships — with three having the potential to be achieved, and only one unlikely. The attainment of the goal on poverty eradication was a challenge for Tuvalu, as the country was highly dependent on aid, leasing gratuities and the rental incomes of its national assets and remittances. He urged the United Nations to ensure that small island developing State status and small island developing States specific recognition were truly sanctioned in the United Nations bureaucracy. The Third United Nations Conference on the Small Island developing States in 2014 must be decisive on special windows of partnerships to ensure not only sustainable development but also long-term security and survival of those island nations.

The consequences of climate change and sea-level rise in Tuvalu were dire; inaction by the international community could compromise the country’s survival and security, he warned. “What is the relevance of talking about post-Millennium Development Goals and sustainable development goals when the world continues to fail its duty and obligations to urgently reduce greenhouse gas emissions and provide concrete adaptation?” he asked. He added that the climate change issue for Tuvalu was predominantly linked to the ocean and underlined that an oceans sustainable development goal was pertinent. His country was also exploring possible alternative renewable energy sources. He concluded by appealing to the international community to “please save Tuvalu against climate change”.