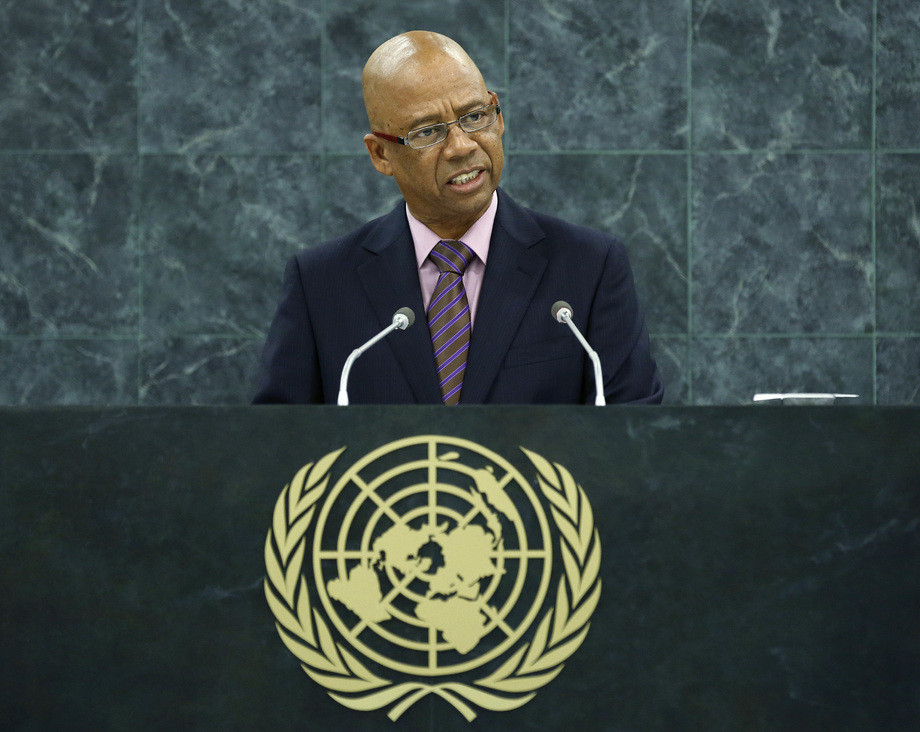 WINSTON GUNO LACKIN, Minister for Foreign Affairs of Suriname, noted that while most developing countries were performing well in meeting the Millennium Development Goals, developed countries were lagging behind in fulfilling their commitments to Goal 8, on partnerships, in terms of making their aid pledges viable and effective. “We have learned the important lesson that developing countries are obliged to undertake adequate measures to strengthen economic interactions among themselves, in addition to ties with their traditional trading partners in the North,” he said, stressing that South-South Cooperation should be an important consideration for setting a new stage for global sustainable development. While Suriname’s upgrade by the international financial institutions from low- to middle-income status was encouraging, using per capita income as the major indicator for determining development status had “manoeuvred us into a position where we have lost access to necessary concessional loans and grants”.

In the face of diverse challenges, Suriname continued to build on its own strength as the main driving force for the achievement of the development agenda, he continued. It was developing policies and programmes to fight non-communicable diseases, which had become the highest cause of death in Suriname, and also had led to decreased productivity. The Government also attached great importance to improving education and conditions for youth. Global warming had a direct negative impact on the development of small island developing and low-lying coastal States, including his own, he said, calling for the inclusion of climate change in the post-2015 development agenda.

In setting the stage for development beyond 2015, the various threats to international peace could not be ignored, he said. Challenges related to armed conflicts, poverty, food, environment, education, public health, migration and energy would require increased collaboration among all partners. On the Middle East, he expressed hope that a two-State solution to the Palestinian-Israeli conflict would “get more substance”. He also reiterated Suriname’s position that the multilateral process within the United Nations should prevail in finding a peaceful solution to the Syrian crisis. In addition, he called for lifting the years-long embargo on Cuba, as well as increasing international support for Haiti.