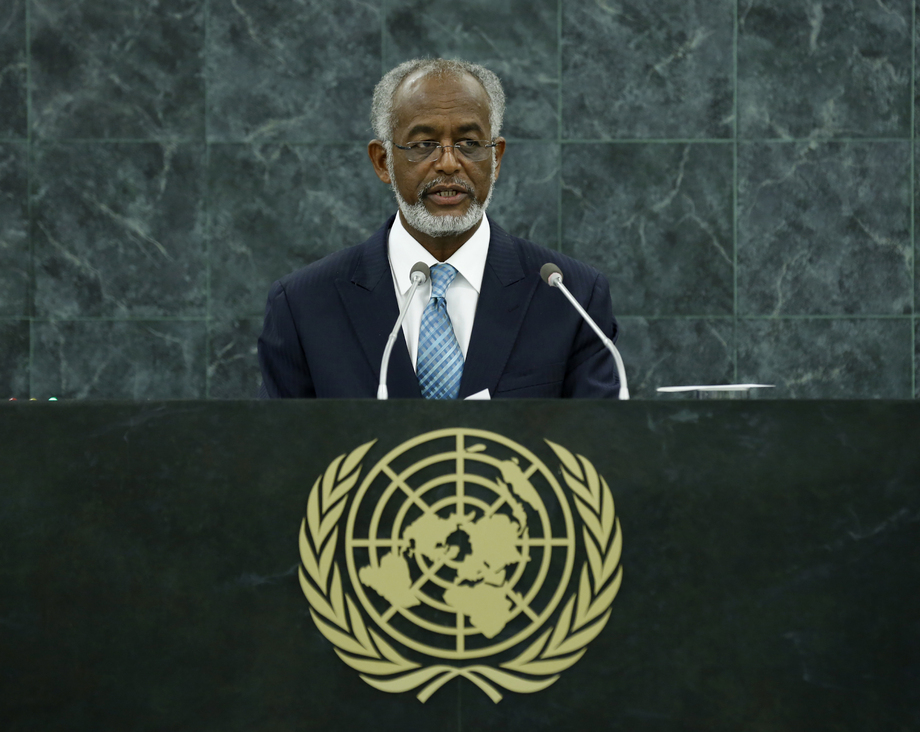 ALI AHMED KARTI, Minister for Foreign Affairs of Sudan, expressed great uncertainty about the future of the United Nations and the relations among its Member States. A statement of Sudan had been expected, however the authorities of the United States had refused to give entry visas to the President and his delegation, and because of this denial he was not able to participate in the General Assembly. The fact that the authorities of the host country did not grant a visa to the President was a serious violation of the principles of the Charter, and a violation of the host country Headquarters Agreement. President Bashir was known throughout Africa by those who hold peace dear, and was known for putting an end to a blood-thirty war inherited from the days of colonialism. The birth of the republic of South Sudan was evident proof of his commitment to the comprehensive agreement, despite the tremendous sacrifice made by giving up the part of the territory that was rich in natural resources. That denial of the legitimate right of a Member State led him to call on the Secretary-General of the United Nations to do his duty to protect the rights of Member States under the Headquarters Agreements signed with the host country, he said. He hoped that negotiations during the session would nevertheless be successful, as the theme of sustainable development post-2015 that was chosen was very important. Sudan had begun a political process that would lead it to adopt a final constitution. After the peace efforts proved successful vis-à-vis South Sudan, Sudan had accepted the choice made by the people. His country was working to create a strong economic system, even though it had to deal with the economic sanctions imposed upon it. On the matter of human rights, Sudan was pursuing greater participation of women in Government, and in 2010 had adopted a law on the rights of the child, and had accepted the principles in the Convention on the Rights of the Child so as to provide protection of children from violence and exploitation. He said he hoped for strong and healthy relations with South Sudan, and trusted that the international community would be supportive of those efforts. The humanitarian situation was now stable, and so that humanitarian needs could be met his country had reached an agreement with United Nations Children’s Fund (UNICEF) as part of the Comprehensive Peace Agreement. Sudan, like other member States, was committed to development and combating poverty, and had adopted policies on reducing poverty. Unemployment was not as low as hoped, and the sanctions made it particularly difficult, especially for young people. He said that the Security Council did not currently reflect the realities of the world, and did not function in a democratic or transparent way, and comprehensive reform was necessary.